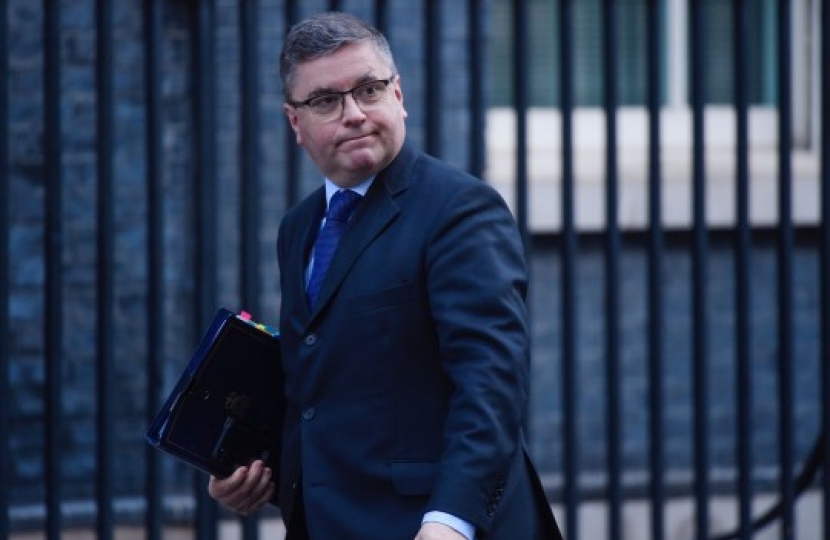 The meeting, chaired by the Prime Minster, took place at 10 Downing Street following the horrific death of Sarah Everard.

New immediate measures announced following the meeting include doubling the size of the Safer Streets fund, which provides neighbourhood measures such as better lighting and CCTV. This will bring the funding for these local projects to £45million, alongside a commitment from the Government to work with police forces and Police and Crime Commissioners to ensure these target areas of potential concern for women and girls and are now more focussed on preventing sexual violence.

This could include targeting parks and alleyways, and routes from bars, restaurants and nightclubs as we see a return to the night-time economy, in line with the lifting of coronavirus restrictions.

To further support this, and help women feel safer in the night-time economy as we build back from the pandemic, the Government will also roll-out pilots of ‘Project Vigilant’ across the country. This is an internationally award winning approach taken by Thames Valley Police where both uniformed and plain clothes officers identify predatory and suspicious offenders in the night time economy. This can involve officers attending areas around clubs and bars undercover to better ensure women are safe in these locations, and increased patrols as people leave at closing time.

These steps have been taken in response to the outpouring of experiences and concerns following the death of Sarah Everard. They will complement existing action being taken the Justice Secretary Robert Buckland to address violence against women and girls and keep them safe. This includes toughening sentences for serious violence and sexual assaults through the Police Crime and Sentencing Bill and measures in the Domestic Abuse Bill to improve protections for victims and create news offences, such as non-fatal strangulation.

“The horrific case of Sarah Everard has shocked the whole country and prompted broad and challenging questions for society.

“Although direct comment about this case is not appropriate given the ongoing criminal investigation, this does not mean that we cannot have a wider, national conversation about how better to protect the public.

“As Justice Secretary and Lord Chancellor, I am in a position to do even more to protect people from predatory and abusive behaviour and I won’t waste any time doing that.

“Along with these additional immediate measures announced following the Criminal Justice Taskforce meeting, Our landmark Domestic Abuse Bill will soon become law. It will introduce new provision to ban the so-called rough sex defence, to extend the law against revenge pornography to cover the very threat of publication and to create a specific offence of non-fatal strangulation. These crimes are all disproportionately suffered by women.

“The Police, Crime and Courts Sentencing Bill, which I announced with the Home Secretary last week, contains more that will protect women and children who are victims of crime. We will lengthen jail time for serious offenders, by increasing the minimum term in prison to be served before parole under life sentences imposed for rape and the most serious assaults.

“This Conservative Government introduced Clare’s Law as a way of helping to protect people from abusive and dangerous relationships and we will consider whether this approach could be extended to stalking and other offences that give grounds for real concern.

“The Government is also soon to publish a Rape Review, which will set out how they plan to improve worryingly low numbers of cases being brought to court, often due to complainants losing faith in the process.

“One of the main concerns is the damaging perception that, when someone makes a complaint of rape, they feel that they are the one on trial, rather than the suspected perpetrator.

“Nowhere is this more keenly felt by complainants than when their own mobile phone, which is a crucial part of everyday life, is taken off them and retained for analysis for lengthy periods. It is not surprising that many people choose not to go through such stress and massive inconvenience. Processes such as this must be streamlined and remain properly focused on the issues in the case.

“We have already made progress, but we must do much more. I hope that the additional immediate measures announced by the Prime Minister following the Criminal Taskforce Justice Meeting will provide further reassurance to women and girls across the country.”