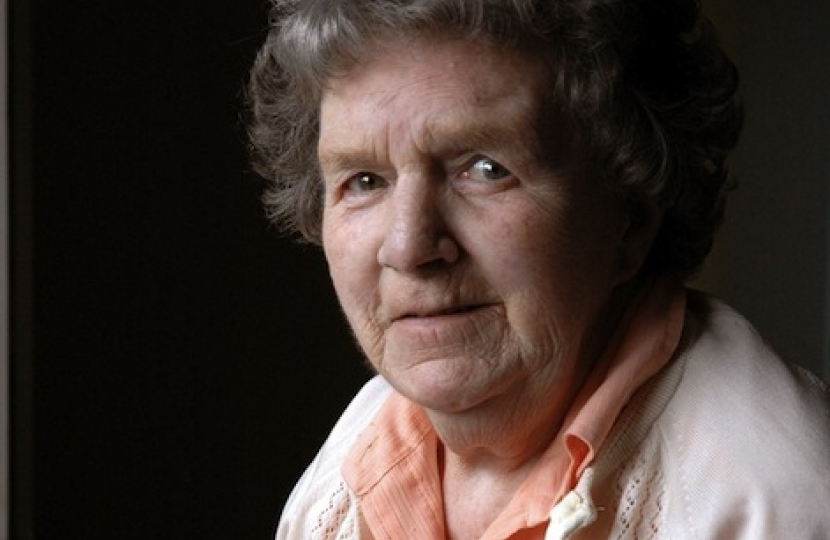 This week we have had an important and very welcome announcement about so-called ‘pensioner benefits’. David Cameron confirmed that as long as he is Prime Minister, the free bus pass, TV licence and winter fuel payment will all be protected.  It means the Conservatives are now the only major party to have made this commitment.

Of course, it’s just one part of a whole package of measures announced by this government to help retired people.  We’ll continue to increase the State Pension through the Triple Lock, so it rises every year at either the rate of earnings, prices, or 2.5 per cent – whichever is highest.  The Basic State Pension has risen by £800 since 2010. And starting in six weeks’ time, you’ll no longer be forced to use your ‘pension pot’ to buy an annuity. Instead you can take it as a lump sum if you wish, or as an annual income, whichever suits your circumstances best. And if you want to pass your pension on to your loved ones, you’ll be able to do so tax-free.  Up to now there’s been a punitive 55% tax rate, but that’s being scrapped.

In making the announcement, David Cameron summed it up in one word: values. Conservative values that say that everyone who has worked hard and done the right thing should know that they will have dignity and security in retirement.

On another matter, last week Justin Tomlinson and I hosted a visit by a government minister who came to Swindon to see some of the pioneering work we’re doing in the growing field of life sciences. This is a broad term which covers research, innovation and the use of technology in our health and care services.  The UK has one of strongest and most productive life sciences sectors in the world, generating turnover of over £50 billion. The sector comprises nearly 5,000 companies and employs an estimated 175,000 people. Life sciences in the UK not only help people enjoy better health, well-being and quality of life, but also support employment and growth.

Swindon is fast becoming recognised as a leading centre for life sciences.  Several big players in the sector are proud to call Swindon home – notably BD, Catalent and Patheon.  Patheon’s HQ in Kingfisher Drive was the focus of last week’s visit by Life Sciences Minister George Freeman.  The company employs about 450 people, and is set to expand further in the coming months.  The Minister hit the nail on the head when he described Swindon as an “innovation cluster”.  Our town really is becoming a centre of excellence for the growing life sciences industry, which is positive news for jobs, investment and the whole local economy.