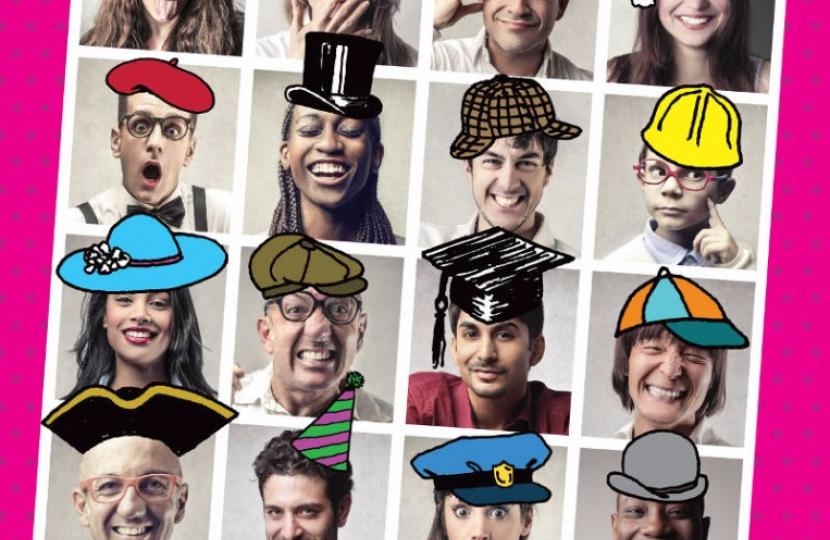 Robert Buckland is inviting people to join him and don their wackiest hat on Friday 12th May to raise funds for families across Swindon living with the effects of brain injury.

Headway Swindon, a local brain injury charity, has organised the event and is appealing to businesses, schools, and community organisations to get creative for Hats for Headway Day as part of Action for Brain Injury Week which runs from the 8th -14th May.

Staff at Headway Swindon have suggested a few ideas of how people can get involved and support the fundraiser, including organising a dress down day or wearing a wacky hat to work and even holding your own mini-competition with a prize for the best or funniest head gear.

Not only will participants be helping out a worthy cause while having fun, but the fundraiser will be part of a nationwide competition run by the national charity with a prize for 'best hat'.

A spokesperson from the charity said: “We want people to know that by taking part in Hats for Headway Day, they’ll be supporting our work to improve the lives of local people affected by brain injury, helping them to rebuild their lives and regain their independence.”

Robert Buckland commented: “Headway Swindon is a fantastic local charity who work hard to improve the lives of those living with the effects of brain injury and their families here in Swindon.  I am looking forward to wearing my hat and taking part in Hats for Headway Day on 12th May.

For more information about this year's Hats for Headway Day, simply contact Headway Swindon on 01793 674820; or e-mail catherine@headwayswindon.org.uk