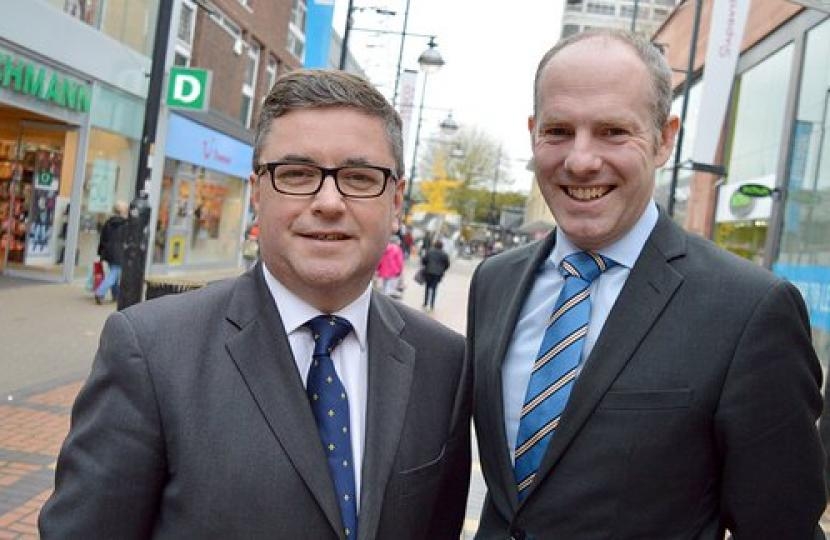 Robert Buckland MP and Justin Tomlinson MP have written to the Chief Executive of Avon and Wiltshire Mental Health Partnership to oppose Place of Safety Removal from Sandalwood Court in Swindon.

We write in response to the consultation on changes to Places of Safety.

We are incredibly disappointed to hear that Avon & Wiltshire Mental Health Partnership intends to close Swindon’s place of safety at Sandalwood Court.

As we are sure you are aware, one in four people suffer from mental ill health each year and, at a time when the Prime Minister has rightly said we need to ensure we treat both mental & physical health equally, it cannot be right that residents in need of urgent, specialist support will be asked to travel 40 minutes to Devizes.

Requiring a Place of Safety is, by definition, an urgent matter and in addition it is crucial that support is provided to the most vulnerable people in a place which is welcoming and close to family & friends. As constituency Members of Parliament, we know from our conversations with individuals who have required a Place of Safety just how vital they felt sites including Sandalwood Court were to their treatment and recovery.

Assessments are designed to be conducted in a way which allows the individual to feel most comfortable including, where possible, incorporating a clinician who is aware of any previous assessments. In removing the Place of Safety from Sandalwood Court, we fear you may inadvertently remove an individual’s access to a clinician they may know and trust, seriously harming that individual’s chance of receiving the most accurate assessment and most appropriate tailored support.

While it is welcome that you intend to increase overall capacity, when (according to AWP’s own data) more than one in four people seen under s.136 are then admitted to hospital, we cannot support a change which will likely see residents from Swindon transferred to Devizes to be seen at the Place of Safety, only to then be admitted and transferred back to Sandalwood Court. This cannot be clinically or financially sensible.

We fear that in proposing these changes you are also beginning the process toward closing Sandalwood Court and centralising all mental health services in Wiltshire.

In addition to this, there is a possibility that individuals detained under s.136 may need to be transported to a Place of Safety by police officers or ambulance staff. In moving an individual to the proposed Green Lane site, it is likely that on these occasions two Wiltshire Police officers or ambulance staff on duty in Swindon will have to transport the individual to Devizes and likely wait until an assessment has been carried out. This may prevent them from being able to continue frontline duties within the Borough.

In your consultation document, you also note the strong objections both of Swindon Borough Council and Swindon Clinical Commissioning Group. Located to the eastern edge and with a population of well in excess of 200,000, Swindon accounts for almost a third of the health economy area covered by AWP. As the largest single conurbation in the Trust area, surely the town is a prime location for at least one Place of Safety bed.

We would also like to highlight that neither key stakeholders nor I were given prior warning of this consultation, a fact which has caused great concern in Swindon. Like many of our constituents, we first read of the proposed changes in the Swindon Advertiser and were therefore unable to provide them with AWP’s rationale for any changes.

We trust that you will accept this letter as a response to the ongoing consultation and hope that you will be able to address the concerns we have raised.