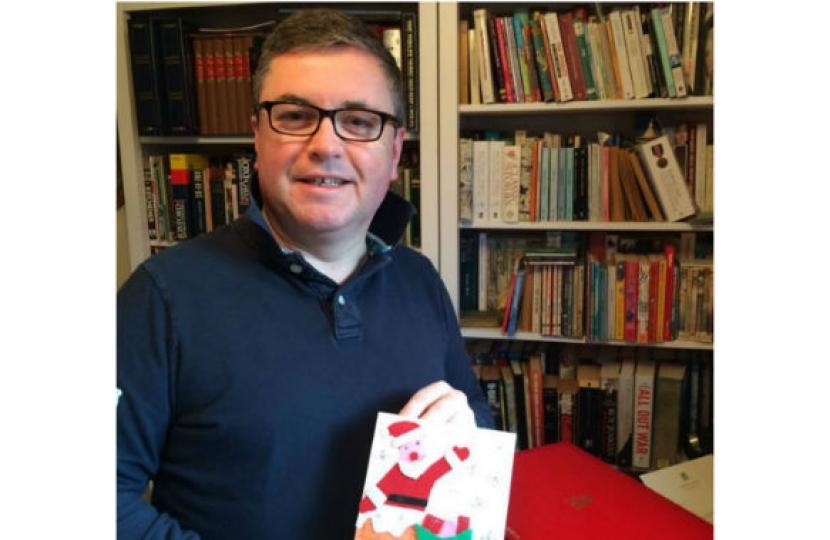 Robert Buckland MP has announced the winners of his Christmas card competition.

In October, Robert asked primary school pupils in South Swindon to design his parliamentary Christmas card. Robert said: ‘’I was delighted to receive so many fantastic designs this year and it took me quite some time to choose a winner!

‘’I would like to thank all of the talented children who took part in the competition.’’

All of the winning designs have been professionally printed and used as Robert’s Christmas card for this year. The cards have been sent to many businesses, public sector organisations, schools, charities and community organisations and to councillors, MPs and Ministers.