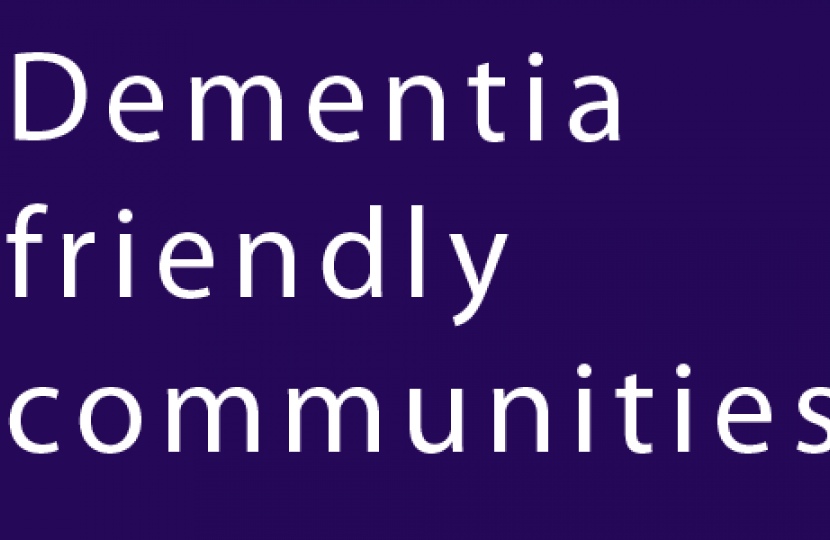 Robert Buckland MP will be opening a Dementia Summit in Swindon on Friday, 25th November.

The event will bring together key local organisations from different sectors to discuss how we can make Swindon a more dementia friendly town.

Robert Buckland MP said: “There are over 2,200 people in Swindon living with dementia – a number which is growing each year. During my time as an MP, I have spoken with many people who have been affected by the condition and learned about the major impact that dementia can have on individuals, their families and carers.

Robert continued: “According to a recent national Alzheimer’s Society report, many people with dementia are not able to take part in activities that they enjoyed before they developed the condition. Many feel constrained by the condition and are not confident to get out and engage in their area.

The Alzheimer’s Society and the Swindon Dementia Action Alliance are working hard to make Swindon more dementia friendly and ensure people with dementia are valued and included in their community.

Alzheimer’s Society services available in Swindon include a Dementia Advice Service, offering individualised information, signposting and guidance to people with dementia or their carers and wider family or friends, to help people understand dementia, cope with day to day living and prepare for the future; Side by Side is a new service available, aimed at tackling social isolation and loneliness. Volunteers and employees working in the service provide companionship and within this empower, encourage and help build the confidence of people living with dementia; There is also a Memory Café, providing information about living with dementia and other services available locally in an informal and comfortable environment. Local activity groups include Singing for the Brain and a Meet and Eat Group.

Chris Atkinson, Alzheimer’s Society Operations Manager for Wiltshire, said: “Dementia is one of the biggest health and care challenges our country faces - one that all of society must respond to. That’s why I’m so happy to see organisations and groups working together to help improve the lives of people affected by dementia in Swindon. The Dementia Summit will be a chance for likeminded people to come together to help prevent the loneliness and isolation many people with dementia face.

John Kirk, chair of the Swindon Dementia Action Alliance said: “People living with dementia want to continue doing the same things they have always done – like going to the shops, getting on a bus, using a library or theatre, playing sport, or just sitting in the park.  They want to keep in touch with friends and feel they still belong to the community. “

“It is possible to make small changes that will make their day to day lives much better and being able to stay part of a community for longer, rather than moving into a care home, which will also save society money. I would urge everyone to find out more about how you and your neighbourhood can become a dementia friendly community.

“Too many people are not getting the support they deserve and are entitled to. Too many families are struggling to get by. Too many people with dementia live in communities that do not support and include them. This needs to change and at the end of this summit, our hope is that we’ll have some practical steps to take to begin this process.”

For more information about the Dementia Summit, as well as details about support and groups available in Swindon please contact Alzheimer's Society on natalia.peremiquel@alzheimers.org.uk or 0117 9672997.