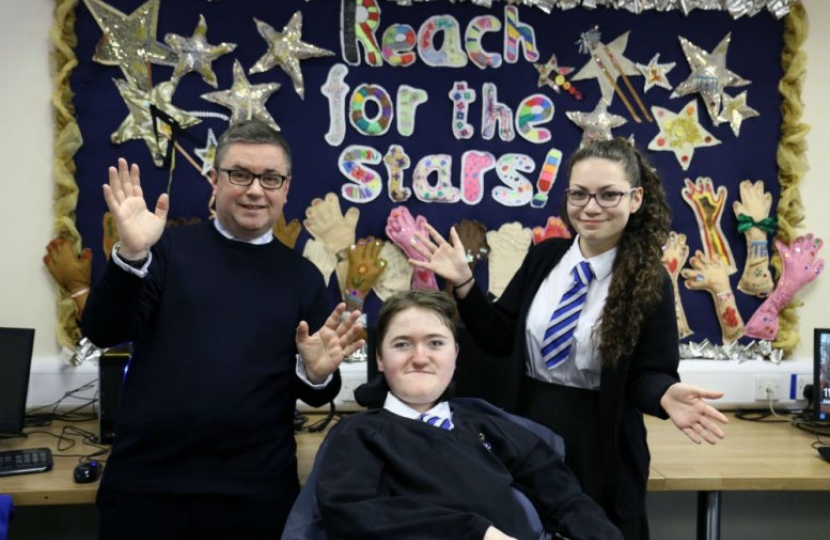 Robert Buckland MP has welcomed the news that the UK is spending more on state-funded primary and secondary education per pupil, than France, Germany, Italy, Spain, Australia and Canada.

This week saw the publication of the 2018 edition of The Organisation for Economic Co-operation and Development (OECD) “Education at a Glance” publication.  The definitive comparative guide to education systems in the developed world.

As well as showing that the UK spends more on state-funded primary and secondary education as a proportion of GDP than all the countries above, plus the US, it also shows that the UK’s universities remain the world’s second most popular choice for international students, after only the US.

Robert Buckland MP commented: “The Conservative Government recognises that a good education is fundamental to improving life chances, and because of our growing economy and the balanced approach we take, we have been able to put in record levels of funding to our schools.

“I was extremely concerned back in April to learn that inaccurate information had been provided to parents in Swindon by the National Education Union about school funding.

“Money for schools in England is at a record high this year of almost £43 billion.  From September, education providers in Swindon will receive a total of over £161 million core funding, plus an additional £9.1 million of Pupil Premium support to assist children from disadvantaged backgrounds.

"At the same time, the Government is also protecting funding for those with additional needs; investing nearly £2.5 billion to ensure that children get the extra support that they need. A further £5.8 billion of funding will also be used to create more good school places.  It is unacceptable that the Union passed on incorrect information to parents as an objective fact, and it must not happen again. There is more money going into our schools than ever before.”

Robert continued to explain: “Making sure that Swindon delivers high-quality education services and support to all of its children, from pre-school through to college and beyond is one of my key priorities and I was delighted to learn last month that overall Swindon had exceeded the national GCSE pass rate for A-E marks. The national rate of passes was 97.6 per cent, but here in Swindon, the pass rate was 97.9 per cent.

“I will continue to work closely with local schools, as well as the Swindon Challenge Boards to ensure that when it comes to education, we are on the right track here in Swindon.”