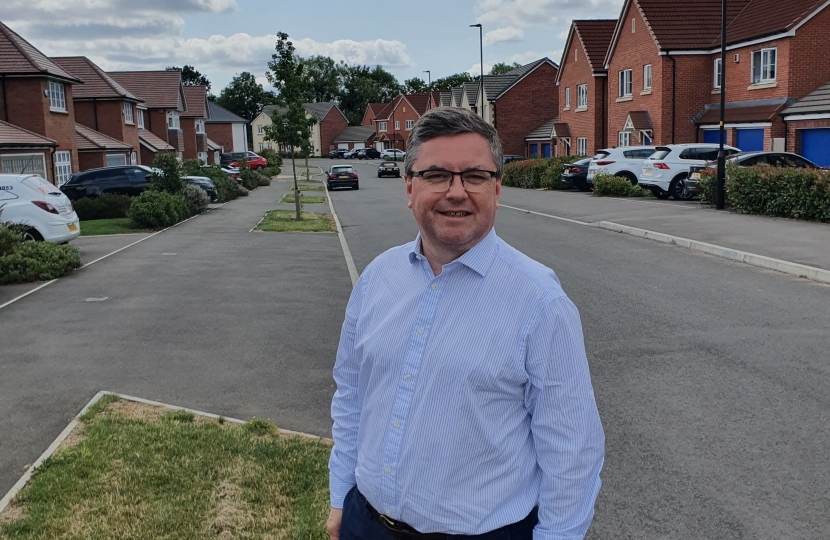 It was announced last week that Swindon is set to benefit from £19.5 million worth of Government investment to help regenerate our town, as part of the Conservative Party’s commitment to levelling up communities across the country.

Since being first elected in 2010, Town Centre regeneration has been a priority of mine and alongside the Conservative-led Borough Council and Justin Tomlinson MP, I lobbied hard for the ‘Towns Deal’ funding announced by Chancellor during the 2021 Budget.

The Swindon Towns Fund Board, which brought together politicians, council officers and other stakeholders such as Nationwide, the National Trust, and Historic England, was also established to highlight our potential and outline how the funding could benefit the town.

Through the Towns Deal’ we will be able to fund the revitalisation of existing heritage sites like the Carriage Works, Heath Hydro and the Brunel Centre Market Hall. Swindon’s ‘Streets and Spaces’ project will also enable improved connectivity by better linking the station to our town’s heritage assets and the commercial centre, benefitting both local residents and visitors.

I will continue to do all I can to ensure that investing in Swindon remains a priority for the Government.

During the Budget, the Chancellor also announced that in order to help project jobs and livelihoods through the remaining phase of this crisis, the furlough scheme will be extended until the end of September.

Employees will continue to receive 80% of their current salary for hours not worked. There will be no employer contributions beyond national insurance and pensions required in May and June. From July, the Government will introduce an employer contribution towards the cost of unworked hours.

There have been 11.2 million unique jobs supported by the furlough and a total of 1.3 million employers have made a claim through the scheme since it started in March 2020, totalling £53.8 billion in claims.

The Chancellor also confirmed that support for the self-employed will continue with a fourth grants covering February to April, and a fifth grant from May.

As the tax return deadline has now passed, the Government announced that more than 600,000 people, many who became self-employed last year, can now claim the fourth and firth grants.

Over the course of this crisis, the Government have spent £33 billion on the self-employed; one of the most generous programmes for self-employed people anywhere in the world.

Many residents have been in touch with me in recent months asking whether the stamp duty holiday would be extended – I am pleased to report that it has by three months. That means the new £500,000 nil rate band will now end on the 30th June. Then, to smooth the transition back to normal, the nil rate band will be £250,000, double its standard level, until the end of September.

These are just some of the headlines from the Budget last week, full information on the measures announced by the Chancellor can be found here: https://www.gov.uk/government/topical-events/budget-2021.

On Monday, as per the first step of the Government’s roadmap, schools and colleges were able to reopen. Throughout this crisis we have been clear that schools would be the last to close and the first to open – we kept this promise and it was great to see children back in school receiving face-to-face education.