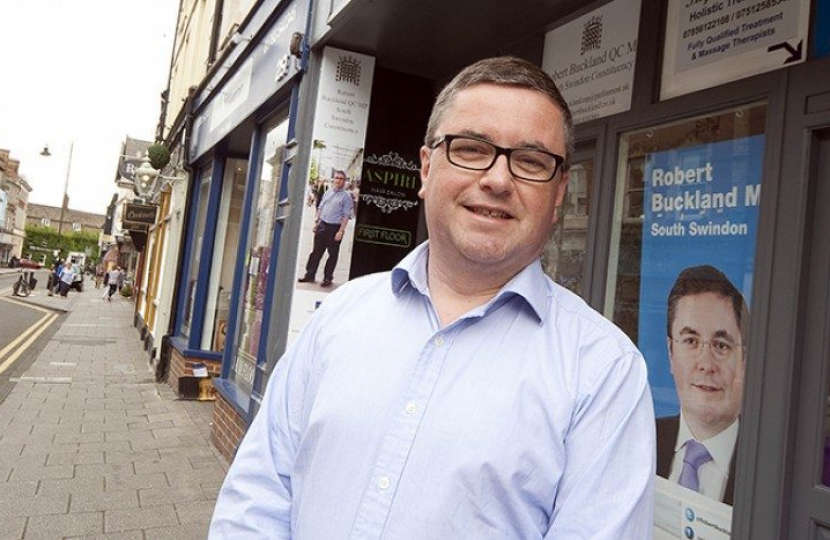 In March 2021, I was pleased to announce that Swindon was set to benefit from £19.5 million worth of Government investment to help regenerate our town, as part of the Conservative Party’s commitment to levelling up communities across the country.

Following this news, I have attended many meetings with the Swindon Towns Fund Board over the past fourteen months, which brought together politicians, council officers, and other stakeholders to highlight our potential and outline how the funding could benefit our town.

As mentioned in my column last week, I am pleased that after months of hard work and planning, all of the Towns Fund Board projects are now on track. The future looks bright for Swindon with a £32 million Bus Boulevard to deliver a new public transport interchange, a brand new twice-weekly market in Wharf Green, £7m for the Kimmerfields development, significant investment in the Health Hydro, and £5m for phase 3 of the Carriageworks.

There was further good news for our town centre this week, as it was announced as part of the Queen’s Speech that the Government’s Levelling Up and Regeneration Bill will give local leaders and the community more power to breathe new life into our town centres and restore pride in local areas.

Like many local residents here in Swindon, I have long been concerned about empty shops in our town centre, so I am pleased that this new legislation will give local leaders and the community more powers to force landlords to rent out commercial properties which have been sat empty for over a year, helping to transform boarded up shops or derelict buildings into thriving business, shared community spacing or housing here in the town.

You may have recently seen in the news that Prospect Hospice has launched a new fundraising campaign.

Since 1980, Prospect Hospice has provided the only dedicated end-of-life care service for people living in Swindon, Marlborough, and North Wiltshire. This excellent charity proves a broad range of services to thousands of patients, carers, and family members every year.

Like many charities, Prospect Hospice saw a sharp decline in income from March 2020, as their shops closed, and fundraising activities were cancelled. This had a huge impact, and the charity is yet to recover.

Services at Prospect Hospice have also grown to meet the increasing need in the community, with more people requiring specialist care and support.

I have been asked to help lead Prospect Hospice’s fundraising efforts, and I am calling on local residents to join me and also get involved in supporting this wonderful local charity. Prospect Hospice are looking for people to join their Community Fundraising Team, so if you would be interested in helping at events, please get in touch with me by emailing robert.buckland.mp@parliament.uk This need not be a regular commitment.

Finally, following the local elections last week, I would like to congratulate all of our newly elected Councillors, including Cllr Suresh Gattapur who won his election in Shaw Ward, Cllr Anabelle Pegado, who won a seat in Central Ward in a stunning victory, and Cllr Lawrence Elliott, newly elected Councillor for Chiseldon & Lawn ward. They will all make great local representatives, and I am looking forward to working with them. I would also like to thank our retiring Councillors Cllr Mary Martin and Cllr Tim Swinyard for their many years of public service, hard work, and dedication here in Swindon.