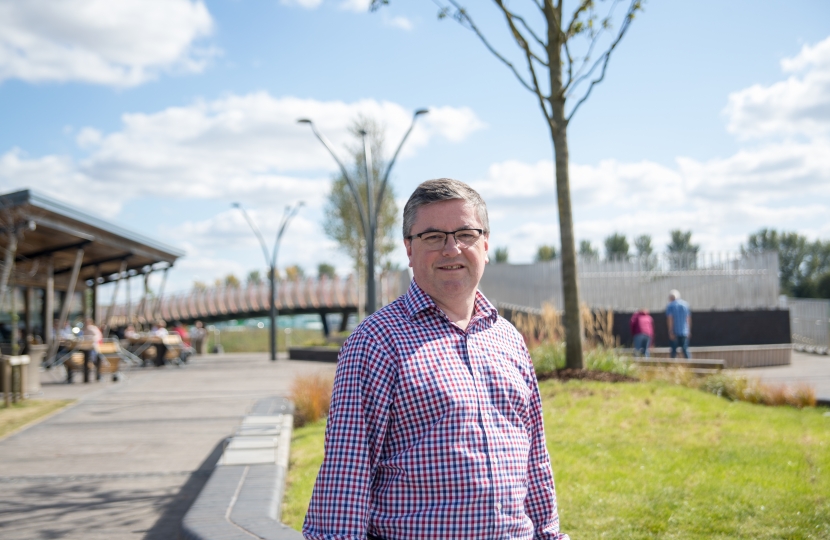 I was delighted to join thousands of Swindon Town fans at the County Ground on Friday to watch the Third Round match against Manchester City. The atmosphere was electric around the stadium, especially as Harry McKirdy pulled one back for Swindon in the second half.

Only the most optimistic amongst would have dared to dream that we could beat a side sitting at the top of the Premier League, but I am sure we all were proud of the effort the team put in despite the defeat.

In Parliament last week, following the Great Western Hospital declaring an internal critical incident, I asked the Prime Minister for reassurance that our hospital would receive all the support it needed.

The Prime Minister gave me this reassurance and I am pleased to report that the GWH has since stood their internal critical incident. It nonetheless remains the case that the hospital is experiencing high demand, so I will of course continue to work closely with the hospital during this busy period.

On Monday I had the opportunity to talk to students and staff from New College as part of their virtual educational visit to Parliament. It was great to answer their questions about life as a Member of Parliament and my priorities for Swindon.

I have always enjoyed welcoming local schools and colleges to Parliament and showing them around the Estate, and I look forward to these visit being able to take place in person in the near future.

The Swindon Borough Council Live Well team is looking for keen bakers to join their team of volunteers who are making delicious cakes for Swindon’s local residents who might not otherwise celebrate their birthday.

This is a brilliant way of helping those who may be suffering from loneliness in our community and you do not need to be Mary Berry to get involved and help! All you need to do is email volunteer@swindon.gov.uk and let them know that you are keen to get involved and they will provide you with all of the necessary details.

In great news for our town, inSwindon have confirmed that they be launching Wharf Green Market in April. There has long been a demand from residents and local businesses for a local market.

The market of up to 45 stalls will include a retail market on Thursdays and Saturdays, plus a farmers and fine food market on the third Friday of each month. It will also have regular stalls with others rotating, offering something for everyone and something new each time.

I am proud to have supported this proposal through the Towns Fund Board, the group of people responsible administering the £19 Towns Fund Swindon secured from central government.

Back in 1840, Daniel Gooch wrote to Brunel to recommend that Swindon become the “principal engine establishment” for the Great Western Railway. It is this rich history which makes Swindon the right choice to become a new national railways headquarters.

That is why I fully support the Council’s bid following the news that the Government is giving towns and cities outside London the chance to host the new Great British Railways headquarters.

I will do everything I can to support this bid and will keep you updated with our progress.

I have been contacted by a number of residents who are concerned to have seen the closure of the Post Office in the West Swindon Centre recently. I had another meeting with the Post Office to ask them about the possibility of a temporary Postmaster and a Post Office at the site.