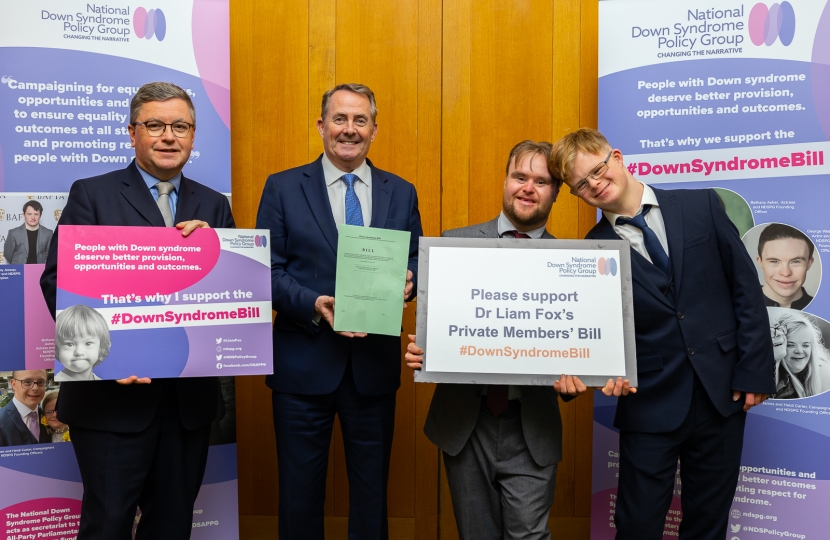 Over the weekend, the Prime Minister announced a number of new temporary and precautionary measures following the emergence of the new Omicron Covid-19 variant in the UK.

Face coverings are now compulsory on public transport and in shops; all international arrivals entering the UK must take a day 2 PCR test and self-isolate until they receive a negative result; and all contacts of suspected Omicron cases must self-isolate for 10 days, regardless of their vaccination status.

Vaccine and boosters remain our best line of defence, so it is more important than ever that people come forward and get their jabs. Following advice from the Joint Committee on Vaccination and Immunisation, the Government have chosen to halve the dose interval for boosters from 6 to 3 months; offer boosters to everyone aged over 18; offer people that are immunosuppressed boosters after their third dose; and offer second doses to 12 to 15 year olds.

In Parliament last week I was delighted to support Dr Liam Fox’s Down Syndrome Bill. There are around 47,000 people in this country with Down Syndrome and many face significant challenges throughout all stages of their lives.

This Bill will make a tangible difference by improving provision and outcomes for all those living with Down Syndrome here in England.

I also had the chance last week to join Michael Keenan from Threshold Housing, a local charity here in Swindon, to celebrate their 50th anniversary and to talk about the Big Swindon Sleepout event they are hosting on the 3rd December.

Each year Threshold organise a mass SleepOut in which volunteers and participants spend a night out under the stars to experience the hardships of a homeless person. You can find out more about this brilliant and how you can get involved here: https://www.thl.org.uk/events/thresholds-big-swindon-sleepout-2021/.

I am pleased to see that the Government is introducing what is known as Tony’s Law – this measure will increase the maximum penalties for child cruelty offences, ensuring that the punishments fit the severity of these awful crimes.

Under the changes, anyone who causes or allows the death of a child or vulnerable adult in their care will face up to life imprisonment – rather than the current 14-year maximum. This is something I worked on during my time as Justice Secretary, and I commend the campaigning efforts of my friend and colleague Tom Tugendhat MP who has been raising Tony’s case with the Prime Minister and others.

It is equally encouraging to see that emergency workers will receive greater protection from violent criminals after the Government confirmed Harper’s Law would be added to the statue book.

Named after PC Andrew Harper, who was killed in the line of duty in 2019, the law will introduce mandatory life sentences for anyone convicted of killing an emergency worker whilst committing a crime.

The move extends mandatory life sentences to anyone who commits the manslaughter of an emergency worker on duty – including police, prison officers, firefighters and paramedics – while carrying out another crime unless there are truly exceptional circumstances.

This is another issue I worked on during my time as Justice Secretary and I met with Lisse Harper and the family on a number of occasions – I pay tribute to their remarkable campaign.