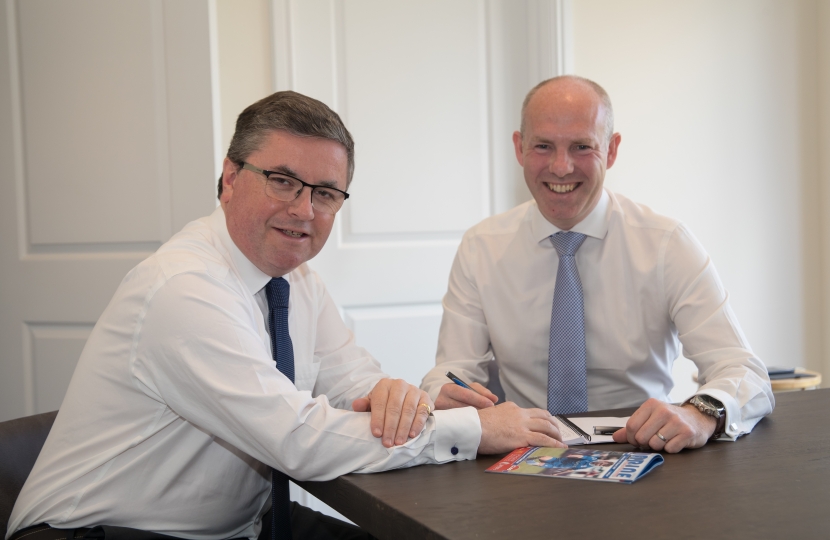 Each year on the 27th January, which marks the anniversary of the liberation of Auschwitz-Birkenau, the largest Nazi death camp, thousands of people come together to learn more about the past and take action to create a safer future.

Here in Swindon I will be attending a virtual ceremony as part of Holocaust Memorial Day to remember the millions of people murdered in the Holocaust, under Nazi Persecution, and in the genocides which followed in Cambodia, Rwanda, Bosnia, and Darfur.

The theme this year is to ‘be a light in the darkness’ and I echo the Holocaust Memorial Day Trust’s call for households to light candles and put them safely in their windows to remember those who were murdered for who they were.

On Friday I took part with Justin Tomlinson MP in a virtual meeting organised by Voluntary Action Swindon which was attended by over 60 representatives from charities here in Swindon. During this pandemic, the Government has provided £750m of support to the voluntary sector to help them continue their vital work.

We had an excellent question and answer session and it was a great opportunity to learn more about the way that our fantastic local charities have worked to adapt in order to support people when suddenly face to face meetings and group sessions have been unable to take place.

Volunteers often go out of their way to support those who need it most and charities here in Swindon have played a crucial role in supporting people in Swindon during the pandemic. Hearing stories about the selfless acts of constituents over recent weeks and months has certainly made me very proud to be one of Swindon’s Members of Parliament.

Last week I wrote to all pharmacies in Swindon to ask them to join the new Government Support Scheme called Action Needed Immediately (ANI). This scheme was developed by the Home Office for victims of domestic abuse to signal that they need urgent help.

Throughout this pandemic we have sadly seen reports of domestic increase and I welcome our local pharmacies in Swindon providing a safe space for victims to sound the alarm if they are isolated at home with their abuser and are unable to get help in another way.

All that somebody who requires help needs to do is ask for ANI to a member of staff inside a chemist.

Over recent months I have been contacted by a number of residents living on Copse Avenue about a loud grinding noise coming from engineering works on the railway. I have been in regular communication with Network Rail about the issue, including a meeting with them and the residents concerned last Friday.

I will be back in contact with those affected with an update on important action Network Rail have agreed to take in the coming weeks.  As ever, I am working on local issues that matter to our community.

Justice Minister and South Swindon MP Robert Buckland has welcomed the presentation of a raft of new amendments to the Domestic Abuse Bill, which will provide greater protection for victims and further clamping down on perpetrators.