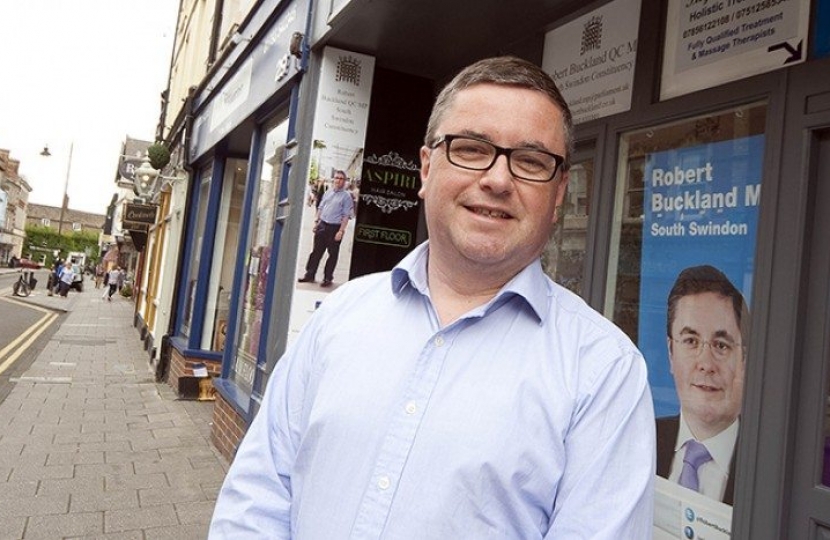 As Swindon woke to a blanket of snow on Friday morning and heavy snowfall continued throughout the day, many of our roads were badly affected. It was great to see the local community come together to help healthcare workers get to work at Great Western Hospital, as well as out to visit elderly and vulnerable people in their homes.

I would like to pay tribute to the hospital workers who walked for miles in the snow to work and also to those with 4X4 vehicles who spent their day ferrying workers to and from work so that they could continue to take care of those who needed it the most.  Our gritting team worked extremely hard to keep the roads clear and despite the terrible conditions, many Swindon buses were able to run.  I was particularly impressed to see people from the local community turning up at GWH to shovel snow from the paths in a bid to keep those visiting the hospital safe.

I made the decision to cancel my afternoon surgery at Buckhurst Community Centre in Walcot as weather conditions worsened, due to concern for the safety of my constituents. I will be rescheduling this surgery for a later date and will update my constituents in Walcot and Park North on the revised plans.

You may have read in my column last week, that I had been working on a possible way forward with fellow MPs such as Jacob Rees Mogg and Nicky Morgan in order to help deliver a working Brexit that gives maximum certainty to our businesses and citizens. I was therefore pleased to see Ministers and MPs come together in Parliament last Tuesday to back a Brexit compromise. The initiative, called the “Malthouse Compromise” would mean that Britain will leave the EU on time with a new backstop, which would be acceptable indefinitely, but which also incentivises us all to reach a new future relationship with the EU. This is a revised Withdrawal Agreement which can be negotiated with the EU, thus avoiding No Deal and honouring the referendum result, whilst protecting the national interest.

The main changes to the Withdrawal Agreement are that there would be no “single customs territory” between the UK and the EU, allowing the UK to regain control over its tariffs and regulations which are required to carry out negotiations for trade agreements with other countries. This makes the UK a credible trade partner for third countries after 29th March 2019, allowing us to use a range of proven solutions for our customs procedures, while reducing the burden of formalities on traders and avoiding congestion at ports. This will include the principle that any necessary formalities and inspections are carried out with the minimum of delay and, to the maximum extent possible, away from the border.

Now that Parliament has backed the “Malthouse Compromise” the Prime Minister is in a position to go back to the EU and present a reasonable set of options in order to renegotiate the backstop.

Finally, like many people here in Swindon, I regularly enjoy a visit to Coate Water Country Park with my family and I have spent many a happy hour playing Pitch and Putt there, so I was pleased to hear that Swindon Borough Council will be investing £1 million on the park in the next few years.  This investment comes from section 106 money from the Badbury Park housing development. If you have any ideas or comments on the future of Coate Water, please email me on robert.buckland.mp@parliament.uk and I will ensure that all ideas and comments are passed on to the council.