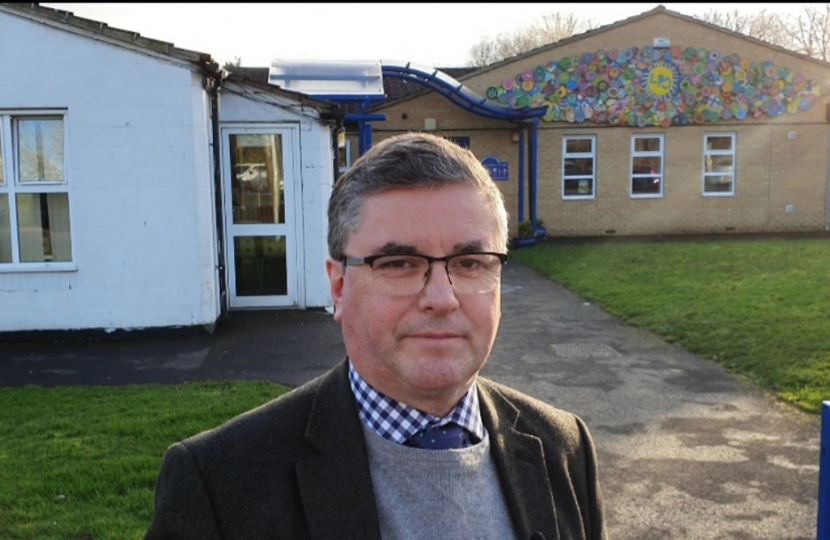 Last week in Westminster the EU Withdrawal Agreement Bill, the law needed to get Brexit done by the 31st January, passed through its last stage in the House of Commons. The Bill is now being debated in the House of Lords and will shortly become law.

This means that the Prime Minister and this Conservative Government will have delivered on our key pledge during the recent General Election. We can now turn our attention towards our other priorities. The priorities of education and skills, of making our country safer, investing in the future of our much-loved NHS and levelling up schools funding.

This is what people care about, it is what this People’s Government cares about and passing this Brexit Bill will unlock the time and energy to make these priorities a reality.

After a busy week in Westminster, I had the opportunity on Friday to visit King William Street School, Holy Family School and Liden Primary School. This was a chance for me to not just meet the respective headteachers, members of staff and students in assembly, but also to give the students who came first, second and third in my annual Christmas Card Competition a certificate.

In the past few years the top three entries had their excellent festive drawings printed out on my Christmas card, which is sent out to hundreds of local and national organisations and people. I want to thank every primary school student who entered the competition. My office received hundreds of entries and we found it really difficult, as usual, to pick a winner.

It was a great honour and privilege on Saturday to join the Swindon branch of the Magar Association of the United Kingdom (MAUK) and the Mayor of Swindon in celebrating the Maghe Sakrati Festival at the Walcot Dome. It was a fantastic festival and I thoroughly enjoyed the variety of Nepalese Magar traditional dances and songs. Our Nepali community makes a major contribution to local life and I have worked with them over many years.

Yesterday back in Westminster, after attending a meeting of the Cabinet in Number 10, in my role as Lord Chancellor and Justice Secretary, I participated in the regular Justice Question Time in the House of Commons. This is an opportunity for Members of Parliament to ask questions about the work that the Ministry of Justice is doing.

We are bringing forward important legislation in a range of areas, including the sensitive and often dramatic issue of divorce. I am proud that this Government is introducing the Divorce, Dissolution and Separation Bill. This represents the biggest shake-up of divorce laws in half a century and aims to reduce the impact that allegations of blame can have on a couple and in particular children.

The new law will remove the ‘blame game’ by allowing one spouse – or the couple jointly – to make a statement of irretrievable breakdown. It will also stop one partner contesting a divorce if the other wants one – which in some cases has allowed domestic abusers to exercise further coercive control over their victim.

Our reforms will stop divorcing couples having to make unnecessary allegations against one another and instead help them focus on separating amicably.