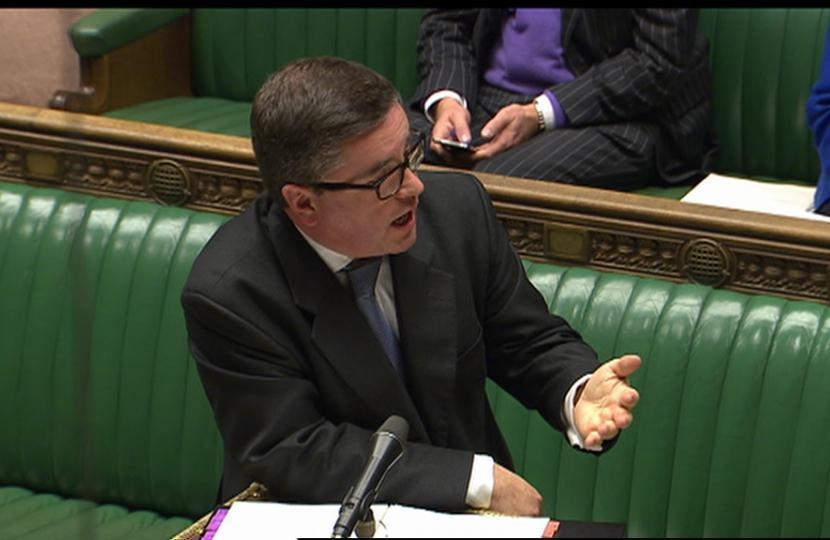 The start of my second full week as Justice Secretary saw me announce 10,000 new prison places funded by a £2.5bn injection of cash, which will create more modern, efficient prisons.  I also travelled with the Prime Minister to a prison in Leeds to announce a further £100m for prison security - measures to ensure drugs and phones don't get into our prisons.

This is very much part of a wider crack-down on crime, and goes alongside the Prime Minister’s announcement of 20,000 new police officers, so we can continue to fight crime properly. It will allow prisons to have sufficient capacity to hold the additional offenders who will be caught, charged and sentenced. This is a crucial part of the government’s effort to create a more effective justice system, and as Justice Secretary I will be at the very forefront of those efforts.

It is vital we have a world-leading prison estate to keep criminals off our streets and turn them into law-abiding citizens when they have paid their debt to society. The Prime Minister is putting prisons at the heart of our bold plan to create a justice system which cuts crime and protects law-abiding people. More and better prison places means less re-offending and a lower burden on the taxpayer in the future.

Modern jails are best-placed to achieve that and will provide us with crucial stability in our prison estate for many years to come so we can keep criminals behind bars, rehabilitate them, and better protect the public.

The 10,000 places will be in addition to the new prisons that have already been announced, which will provide 3,360 places by 2023. The new funding will also be used to bring previously decommissioned prison places back into use through extensive refurbishment and maintenance work.

The long-term building programme will reduce overcrowding and create a modern, efficient estate that is sustainable.

Ageing prisons are expensive to run and maintain, and are less effective at promoting rehabilitation and ultimately cutting crime.  The vast majority of prisoners will be released at some stage - I want them to be law-abiding citizens when they return to our community.

I will also be conducting an urgent review ordered by the Prime Minister, to ensure the public is properly protected from the most dangerous criminals.

This will focus on whether violent and sexual offenders are serving sentences that truly reflect the severity of their crimes. I will be looking at whether changes in legislation are needed to lock up criminals for longer, by not letting them out automatically part-way through a sentence.  I will also look at how to break the cycle of repeat offending.

Too often the public and victims feel that violent and sexual offenders are being released early and without a proper deterrent to stop their offending. We must ensure that there is confidence in the system, which is why my department will undertake an urgent review of how and when these offenders are released – to better protect the public and end the cycle of reoffending. This work is a priority for the Government and will report to the Prime Minister with recommendations to ensure punishments properly reflect the severity of their crimes.