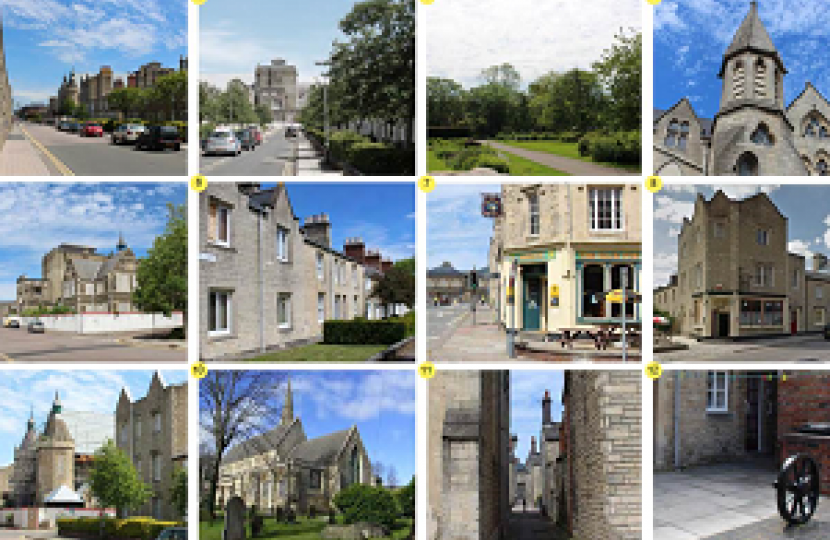 In 1840, Daniel Gooch was a Superintendent for the Great Western Railway when he penned a letter to the Chief Engineer Isambard Kingdom Brunel, putting Swindon forward as the ideal location for the GWR’s new engine works.  That moment would change Swindon’s future forever, placing the town at the heart of our railway heritage.

Back in June, the Swindon Heritage Action Zone was launched.  This ambitious five-year plan will revitalise our town’s unique heritage and unlock its economic potential.  I visited the Carriage Works in the Railway Village on Friday, where once the construction and repair of the carriages and wagons played a vital role in our town’s railway past, and now today, thanks to redevelopment, life is being brought back to these historic buildings and they are once again playing an important role, supporting local businesses and providing a hub at the heart of the Swindon Heritage Action Zone.

Key projects as part of the Heritage Action Zone include a shopfront improvement scheme to help local businesses stand out and thrive, improving the condition of the Health Hydro and its immediate surroundings, refurbishing the Grade II Cricketers and bringing it back into use, Producing and putting in place a management plan for the GWR Park and crucially, securing a sustainable future for the Grade II Listed Mechanics’ Institution that embodies much of Swindon and our country’s industrial heritage. I will be working closely with the council and its partners as they access expertise and funding from Historic England to help deliver this important initiative for our town.

In my role as Justice Secretary and Lord Chancellor, I announced this week that 14 new offences have been added to the Unduly Lenient Sentence scheme.  This means that criminals convicted of stalking, harassment, child sexual abuse and other sex offences could see their sentence increased if victims or the public think their punishment is too lenient. The announcement is part of a wider action to ensure that punishment properly reflects severity of crimes

The Unduly Lenient Sentence scheme gives anyone the power to ask the Attorney General to consider referring a sentence to the Court of Appeal for reconsideration – where it could then be potentially increased if deemed unduly lenient.

Crimes such as murder, robbery, and a range of terror offences are already covered, however the Government has pledged to extend the scheme to further protect the public and make sure victims see justice done.

The move will bring offences including controlling and coercive behaviour within scope as well as further child sexual abuse offences, such as those involving the taking, distributing and publishing of indecent images of children and abusing a position of trust with a child.

The Government is determined that those found guilty of heinous crimes such as child sex offences receive the sentences their actions warrant. Sentences are decided by our independent judiciary based on the facts before them, but it is absolutely right that victims have a voice in the system when punishments don’t appear to fit the crime. We are sending a clear message that this government will use every tool at its disposal to make sure justice is done and the public is kept safe.