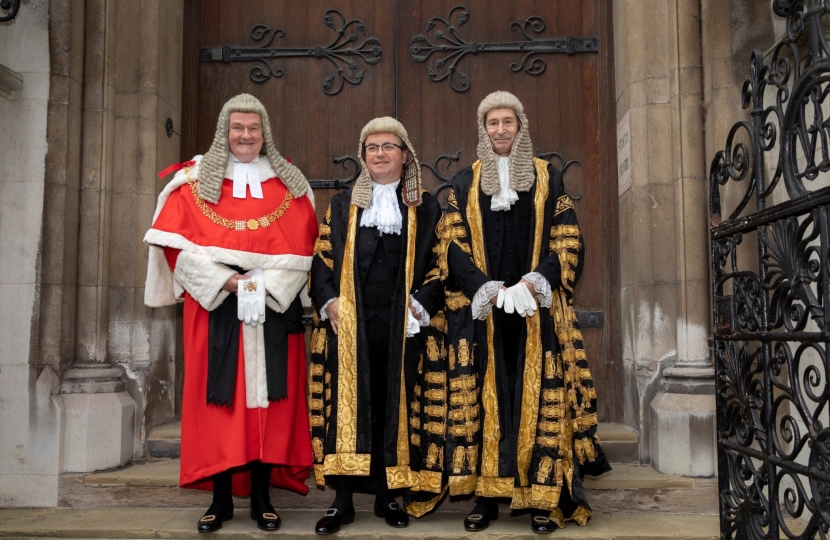 In an extremely busy week, which saw Boris Johnson appointed as Prime Minister as well as hosting his first Prime Minister Questions, I was delighted to be sworn in as Lord Chancellor and Secretary of State for Justice. I am now a member of the Cabinet and by law, responsible for the efficient functioning and independence of the courts. One of the more interesting aspects of my new role is my responsibility is to act as the custodian of the Great Seal of the Realm, kept historically in the Lord Chancellor's Purse.

Last week, I had an audience with The Queen and took the Oath of Office,  kissing hands upon appointment and received the Seals of Office. During the State Opening of Parliament, I will be required to carry the Queen’s speech, which is carried in a special silk bag, and presented to The Queen on bended knee. That’s the ceremonial part, but the day yo day work of running a department will bring significant responsibilities.

I am no stranger to the issues facing criminal justice, having been a barrister before I joined Parliament, a former Solicitor General, and a former justice minister. I have persistently promoted the importance of public legal education and will continue to do so.

This week marks the beginning of the recess period in Parliament. This is commonly mistaken as a holiday period, but my work continues as ever. As most of you will know, I live in Swindon with my family, so I will still be working in Swindon as usual and my office will remain open throughout the recess period.

I am pleased that the Prime Minister has announced that he will make sure people start seeing the £20 billion in new NHS funding in their GP surgeries and local hospitals. He will also hire 20,000 new police officers and giving them the powers to keep our streets safe. There will be proper funding in our schools so that every child gets more guaranteed minimum funding, regardless of where they live. Above all, he declared his commitment to delivering a strong economy to fund the public services we all rely on.

Locally, on Friday, I met with residents in Park South to discuss the plans for locating the Moped Repair Charity into the Skills Centre on Kemerton walk. I have written previously about this excellent initiative, but wanted to hear the concerns of residents who had not been consulted.  We discussed various issues, such as the noise  of mopeds being tested, congestion on the roads, fire risks and parking.  It does seem that many of these concerns will be addressed but I will contact the Council to clarify the position.

I also went to  the start of the Mfor festival with Swindon Mayor Kevin Parry and Mayoress Barbara Parry. I was delighted to see that the rain did not stop many people from attending. It’s a fantastic music festival & family fun day, which supports a number of very good causes.