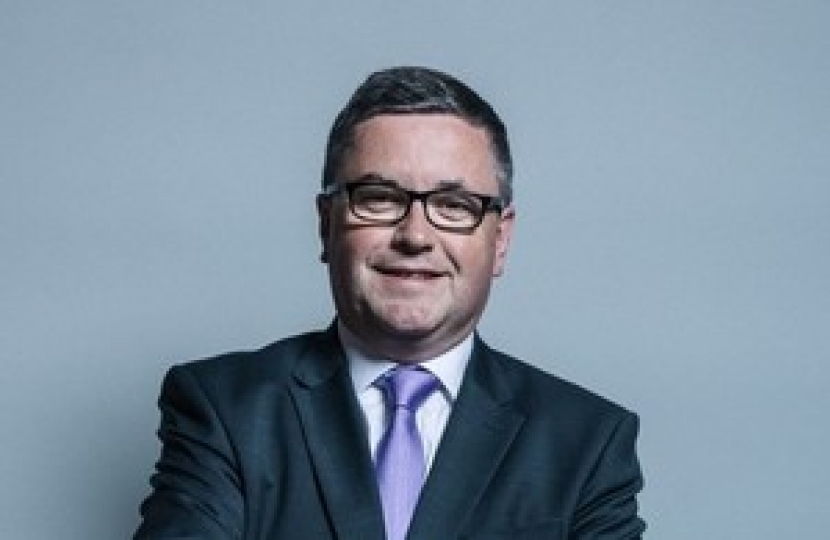 After such a hectic few months, it was really good to have the chance to recharge my batteries and spend time with my family at home in Swindon over the Christmas and New Year period. I also took the time to visit the GWH just before Christmas to thank the dedicated staff there for keeping our essential services going at a busy time.

On Christmas Eve I was out with local Wroughton Councillors Brian Ford and Cathy Martyn responding to the flooding in Perry’s Lane. On the 3rd January we hosted a meeting with the Council and the Environmental Agency to discuss what improvements are needed to reduce future risk and to make sure that the response is as co-ordinated as possible.

The clear and resounding General Election result was a message from residents that they want to end the Brexit uncertainty, turn the page and move on to a better future.  By working as a team with Justin Tomlinson, the North Swindon MP, we will continue to be a strong voice for our Town in Government.

The last few years have been dominated by process and we spent too much time arguing about Brexit because the 2017 Election led to a Parliament where nobody was in charge – creating gridlock, delay and confusion.

We needed the recent General Election to break this deadlock and return a Parliament which was not going to be plagued by indecision. Now that we have a majority in the House of Commons we can deliver Brexit and get on with delivering our manifesto pledges.

This new Conservative majority Government will embark on an ambitious domestic programme of domestic reform that delivers on the peoples’ priorities, including hiring 20,000 more police officers, reforming our criminal justice system, levelling up schools funding and investing record amounts of money into our NHS.  At yesterday’s Cabinet meeting, I could sense the energy and enthusiasm round the table and a huge willingness to get things done.

During the campaign, one of the main issues raised on the doorstep was crime & anti-social behaviour. As Lord Chancellor and Justice Secretary, I am committed to introducing new sentencing laws which will ensure the most serious violent offenders, including terrorists and those charged with knife possession, face swift justice.

Here in Swindon, I am determined to see more investment in the economic regeneration of our Town. I am proud to have helped secure up to £25 million worth of investment as part of the Conservatives’ flagship ‘Towns Fund’ to help regenerate our Town. I am looking forward to working closely with the Council on how we can best invest this money.

I also want to see more investment from central government in our local NHS. We all know that when the GWH was built under the previous Labour Government that it was too small. That is why since being first elected I have relentlessly lobbied for money to increase its capacity. By working together my Justin Tomlinson MP and the GWH Trust we successfully lobbied for an additional £30 million to double the size of the A&E Department and a £15 million investment for a new Radiotherapy Unit.

We also need improvements in our local road network in order to cut congestion. I have previously helped secure funding for improvements to Junction 16 and Mead Way, plus the Southern Connector Road and I will continue lobbying for more funding.