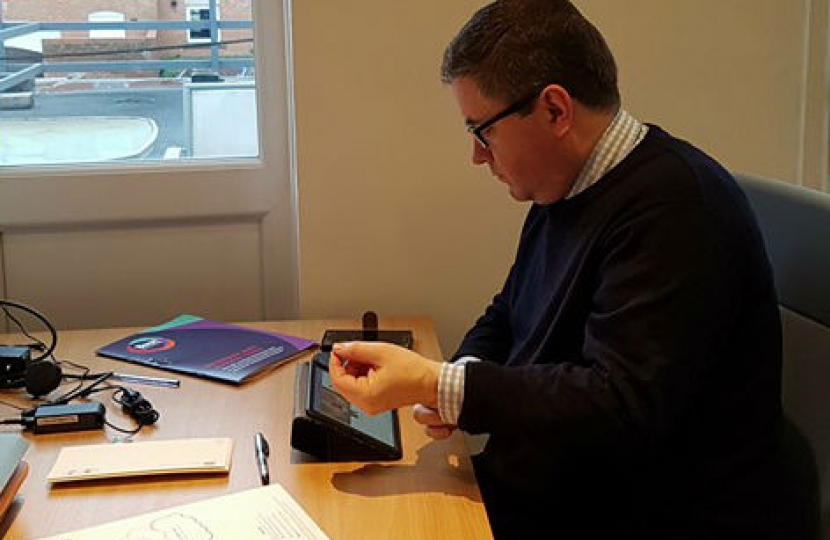 As I write this article, the big vote on Brexit hasn’t taken place.  Events will have moved on by the time you read my article.  Most of us want to get on with our lives and for Parliament to get on with the job of Brexit.  The deal is the best way of achieving this, which is why I supported it last night.

There are plenty of other issues that are of huge relevance to our daily lives. I am often talking, quite literally, rubbish, with fellow residents.  I am delighted that here in Swindon we are leading the way by working towards installing England’s first Advanced Plastic Recycling Facility.  Last Friday, I visited the beta plant in Cheney Manor, to learn more about the scale of this project and the process.

In the UK alone, the amount of single-use plastic wasted every year would fill 1,000 Royal Albert Halls, causing suffering to animals and damaging vital habitats. The Conservative Government is taking action to end this and leave our planet in a better state for the next generation, with cleaner air, stronger protections for animal welfare and greener spaces.

I was pleased to add my support to the Swindon Refill Campaign, which was launched last September and aims to reduce plastic waste output in our community by encouraging local cafes, businesses and anywhere with a tap to allow passers-by to refill their plastic water bottles for free.

Swindon-based plastics recycling company, Recycling Technologies, has patented a plastics recycling machine, the RT7000, which converts plastic waste back into an oil called Plaxx, from which new plastics can be made. The company is working with Swindon Borough Council to build the new facility, which will be capable of recycling virtually all of the plastics collected in our borough.  This is excellent news for Swindon and will also bring new jobs and economic benefits to the town as the concept grows.

2019 is a year where local agencies are increasingly working together to combat rough sleeping and homelessness in Swindon.  A much-valued local charity, Big Breakfast Plus, who provide free cooked breakfasts and outreach support to vulnerable people has now moved into The Haven in Queens Drive. I recently visited the centre, which opened in December, following a Government grant awarded to Swindon Borough Council to help tackle the issue of rough sleeping in our town.

The Haven provides a winter housing provision for twelve homeless people and a day centre too.

It is good to see that the additional Government funding has been used to create a multi-agency hub, allowing those who need it the most to access key support services located under one roof.

In a welcome move, former service personnel suffering from PTSD or other mental illnesses will be prioritised for social housing under new proposals published for consultation by Communities Secretary Rt Hon James Brokenshire MP this week.

I am glad that an overhaul of the system will also mean all applicants for social housing will be asked if they have served in the Forces at the outset of the process to ensure veterans get the help they are entitled to.

As your MP, I have been contacted many times by local residents who have fallen prey to various hoaxes and scans, particularly the most vulnerable people in our community, including older people.  I am therefore glad that the Government has introduced a pension cold calling ban. From 9th January 2019, companies that make unwanted, unsolicited phone calls to people about their pensions may face enforcement action, including fines of up to half a million pounds.