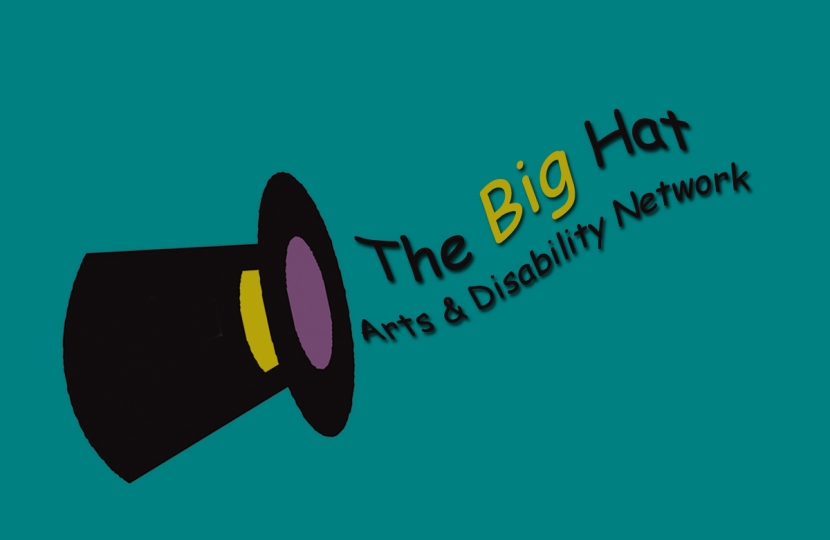 We have some extremely talented people living and working here in Swindon and this week I have been delighted to meet up with several of those from the local theatre industry.

On Friday evening, I attended the launch of the Shoebox Theatre along with local actress, Billie Piper. This local community company is managed by The Wrong Shoes Theatre Company and has worked tirelessly in collaboration with local arts charity, Artsite, to transform the former post office building, situated close to the Wyvern Theatre, into an affordable fringe theatre and rehearsal venue, for use by local theatre companies, artists, performers and musicians. ​

I thoroughly enjoyed learning more about the work of the Wrong Shoes Theatre Company, they have an exciting programme of professional and community performances coming up and I can highly recommend a visit.

Continuing on the theme of local theatre, I am delighted to announce that I have become a Patron of the Big Hat Cabaret, which is part of the Big Hat Arts and Disability Network. The Big Hat Cabaret will ensure that all of our talented performers are given access to the world of performing arts so that they can showcase their talent and we can enjoy their performances. I am looking forward to watching the annual show at STEAM later this year.

This coming Saturday, I will be taking part in a litter pick in Westlea as part of the Great British Spring Clean. This fantastic initiative brings people from all walks of life together to clean up litter in the local community.  If you would like to join one of the several litter picks taking part in Swindon, you can find our more by visiting http://www.greatbritishspringclean.org.uk

In Westminster, the focus has been on the new Prisons and Courts Bill.  I am pleased that the Government has set out plans for vital reforms to tackle levels of violence and self-harm in prisons and to reduce the £15bn a year cost to society of reoffending. The problems in our prisons will not be solved in weeks or months, but the Government is fully committed to turning the situation around so that, as well as punishing people who commit serious crimes by depriving them of their liberty, our prisons become places of safety and reform where offenders get off drugs and get the education and skills they need to find work and turn their back on crime for good.

As part of the new proposals, it is very encouraging to see that the Government has also announced that it is investing £1bn to create a world-class courts and justice system so that victims and vulnerable witnesses are better protected. It includes vital provisions to give the courts the power to put an end, once and for all, to domestic violence victims being cross-examined by their alleged attackers in the family courts.

In the criminal courts, measures in the Bill will mean that in many cases victims and people with vulnerabilities will no longer have to travel to a courtroom and run the risk of coming face-to-face with their assailant.

Finally, I would like to congratulate all of the hardworking and dedicated staff at the Big Adventure Club following their recent Ofsted inspection.  The Churchfields Nursery and South Marston, Lawn and Lydiard Park afterschool club were all given ‘outstanding’ ratings, which is a testament to their hard work and high standards.