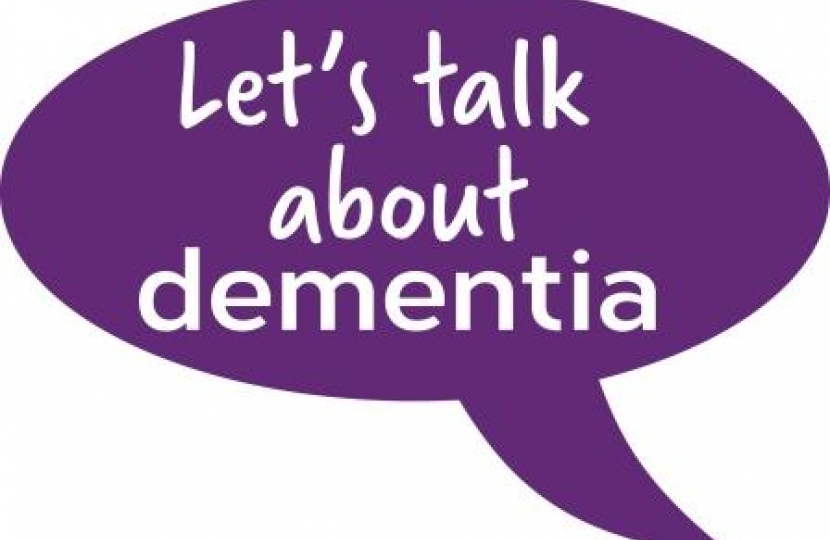 As we approach this year’s Dementia Awareness Week from 15 – 21 May 2016, I continue to take a strong interest in dementia provision in Swindon. During my time as an MP, I have campaigned for the rights of people with dementia and last year, I hosted a Dementia Friends event at the Wyvern Theatre, which was attended by over 35 people representing different organisations such as Nationwide. The event was led by two local volunteers from the Alzheimer’s Society and we spent time learning about the condition and busting some of the myths that surround it.

The Dementia Friends programme is aimed at increasing awareness and understanding of a condition that affects an increasing number of people and as a result of the session, training and awareness was spread within workplaces in Swindon, so that people with dementia and their carers are better understood by all of us.

There are estimated to be about 800,000 people with dementia in the UK, and by 2040, the number of people affected is expected to double. This makes dementia one of the most important public health issues we face as the population ages.

There are over 2,000 people in Swindon living with dementia and during my time as an MP, I have spoken with many people who have been affected by the condition and learned about the major impact that dementia can have on individuals, their families and carers.

In 2015, the Prime Minister launched his Challenge on Dementia 2020, which sets out the vision for dementia care, support, awareness and research to be transformed by 2020. The Government is committed to delivering this. It has already invested £50 million in creating dementia friendly environments in hospitals and care homes. More than 500,000 NHS staff have received training on dementia, with further training opportunities rolled out to all NHS staff by the end of 2018.

The Government's NHS mandate for 2016/17 provides that the NHS must take a lead in improving the quality of care and support for people with dementia. Increasing public awareness is important, and over 1.3 million people have received training to become dementia friends.

Research is crucial and I am delighted that dementia research funding doubled under the last Government. This will be maintained to total over £300 million by 2020, with the UK's first ever Dementia Research Institute receiving £150 million.

The Government is integrating and improving health and social care to protect people at every stage of their lives. Local authorities will be given greater powers so they can raise up to £2 billion revenue for adult social care, supported by an extra £1.5 billion investment and an improved Better Care Fund.

I hold regular surgeries at my constituency office on Wood Street. If you would like to make an appointment to raise a local or national issue with me, please do not hesitate to contact my office on 01793 533393 or send an email toRobert.buckland.mp@parliament.uk