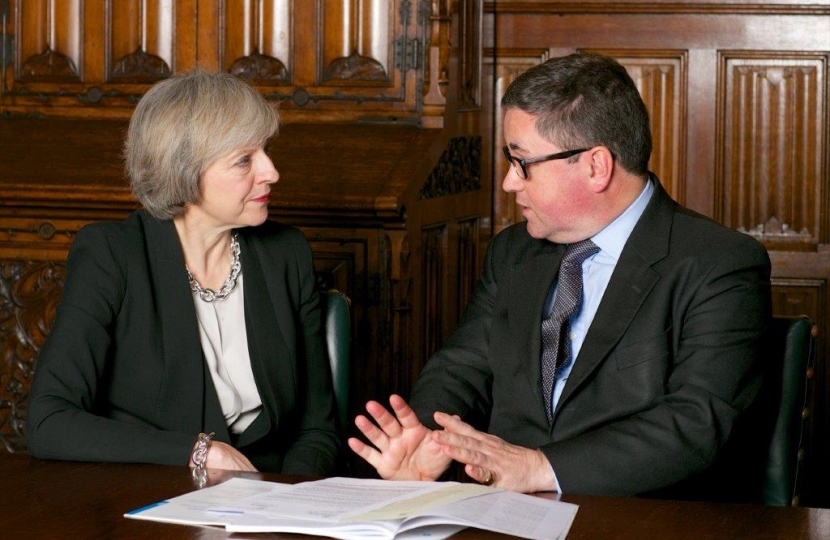 Yesterday, the Prime Minister announced that there will be a General Election on June 8th. There will be a vote in Parliament today on this but as the Labour Party have indicated their support, then the motion is likely to be passed. Now will be the chance for each party to have the opportunity to put forward its own plan for Government over the next five years.

Last summer, the country voted to leave the European Union and Theresa May has made it clear that the government will act upon this democratic decision. In recent weeks, the Labour Party has threatened to vote against the deal we reach with the European Union, the Liberal Democrats have said they want to grind the business of government to a standstill, and unelected members of the House of Lords have vowed to fight us every step of the way. This division in Westminster weakens the negotiating position of the Prime Minister with the European Union.

If we don’t have an election, this political game-playing will continue and so will the uncertainty about the future. This division is clearly not in the interests of our families, our communities and our businesses and is something we should be seeking to avoid.

We also have a one-off chance to hold an election whilst the European Union is still agreeing upon its negotiating position and before the detailed talks begin. By holding this election, we will also be providing the Prime Minister with the strongest possible negotiating position to ensure that we achieve the best possible deal and make Brexit a success.

It is however important to remember that this election is about ensuring that Britain is a country which works for everyone, not just the privileged few. As the local MP for South Swindon since 2010, I have fought hard to grow and maintain a strong local economy which supports businesses and helps create jobs. We have seen unemployment fall by over 50%, increased income growth, as well as the introduction of the National Living Wage. I have also helped secure £100 million worth of investment into local roads and infrastructure such as Junctions 15 and 16, along with funding for a new Bus Terminal in our town centre. I am working with local businesses and groups to try to attract more investment into Swindon.

I have enjoyed hosting regular local advice surgeries and have carried on working hard to support all of my constituents, as well as the vast range of local organisations, charities and events in and around our town. I am a great believer in being accessible and visible in our local area, and I look forward to seeing old friends and making new ones during the forthcoming campaign, whatever your vote may be!