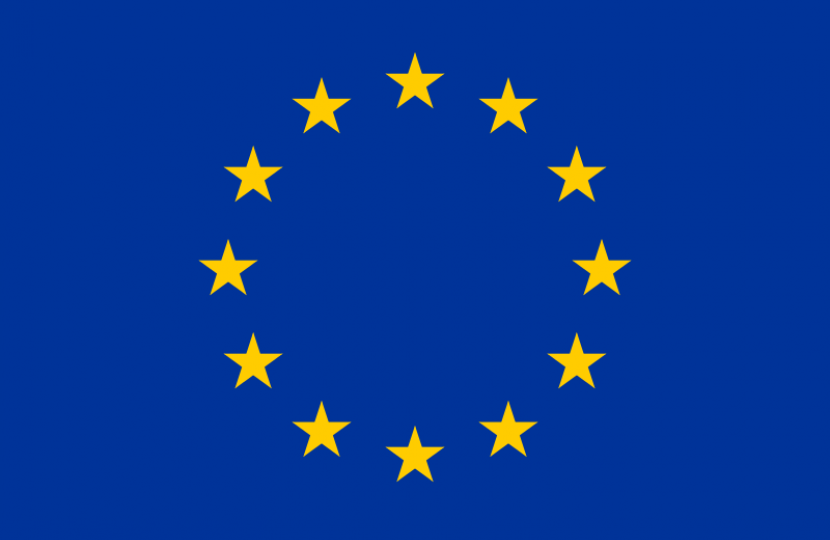 Everyone I talk to in Swindon has been shocked and appalled by the killing of Jo Cox MP last Thursday.  On Monday, I was part of an extremely moving session in Parliament and a service at St Margaret's Westminster which honoured her life and work.  Everyone was reminded of her humanity and compassion as a campaigner and as a mother. There is no doubt that her killing was an attack on our democratic values, but her legacy and her words that “We are far more united and have far more in common with each other than things that divide us,” must continue to resonate.

The terrible way in which she died is a constant reminder to us all that rhetoric has consequences. We must reject this cynicism, and not let some of the discourse that we have Increasingly been hearing stoke up fear and resentment.

As we approach the end of an often bitter and difficult EU referendum campaign, I want to make a final, positive case for Britain's role as a key member of the European Union.  It is tempting to vote on the basis of immediate events, but this is an historic decision that should be made by taking the long view of our country and its destiny.  Only a century ago, we were preparing for the carnage of the Battle of the Somme.  Seventy years ago, we helped to liberate a European continent that had been laid waste by war.   Today, the assumptions we make about stability are being challenged.  The heinous ideology of Islamic fundamentalism has now crept into western society, with Belgium and France still reeling from the damage it has caused. As I write this, Ukraine is still being torn apart and the seaways, ports, railways and roads of Europe are seeing the biggest mass movement of people since 1945.

With this fragility of peace so apparent, we cannot and must not retreat. We cannot risk our influence, or risk undermining NATO. There is no turning back from a decision to leave. The EU ensured peace in Western Europe after the Second World War, and it helped to bring democratic stability to Eastern Europe after communism collapsed.  It remains the best way of safeguarding our security and maintaining peace in the continent.

I wholeheartedly believe that Swindon and Britain will be stronger, safer and better off as a member of the European Union. For workers in businesses like Honda, BMW, our life science industry and our financial services sector here in Swindon, the EU is about the ability to trade and work as effectively as possible so that our livelihoods can be maintained and improved. Britain’s major employers have repeatedly made clear that they believe Britain is stronger and better off in Europe. The recession hit Swindon hard, and we are now getting back on our feet. We cannot risk this setting us back.

I do not pretend that the EU is perfect, but we can't fall for the magic solutions that Vote Leave are promising.  Leaving is unquestionably riskier for our economy. New trade deals take time, and would most likely take much longer than the two years forecast by Brexiteers. To take the Swiss or Norwegian models as many have suggested would mean expensive payments and continued free movement of labour.  This campaign is being used by some as a magic wand to wave over the issue of immigration.  With the majority of migration continuing to come from outside the EU, the slogans being used are nothing more than a mirage.

Over half of all migrants to Britain come from outside of the EU, and this referendum will do nothing to bring these numbers down. Ironically, Vote Leave have promised that it will allow the Government to actually increase the amount of immigration from outside the EU. Even with a points system, both Australia and Norway have higher immigration relative to its population than we do, and, in Canada and New Zealand, the points system was designed to increase immigrant numbers in countries, not reduce them.

Vote Leave have frequently used the slogan ‘Believe in Britain’, but it is precisely because I believe in Britain that I think we should remain.  I think that we are a successful and confident country, which means we should have the guts to lead in Europe.  Leaving means retreat, withdrawal and increased isolation at a time when the world is becoming increasingly interconnected and interdependent.  This is a momentous vote about our future, and that of our children and grandchildren. Tomorrow, you have a chance to believe in Britain by voting remain.