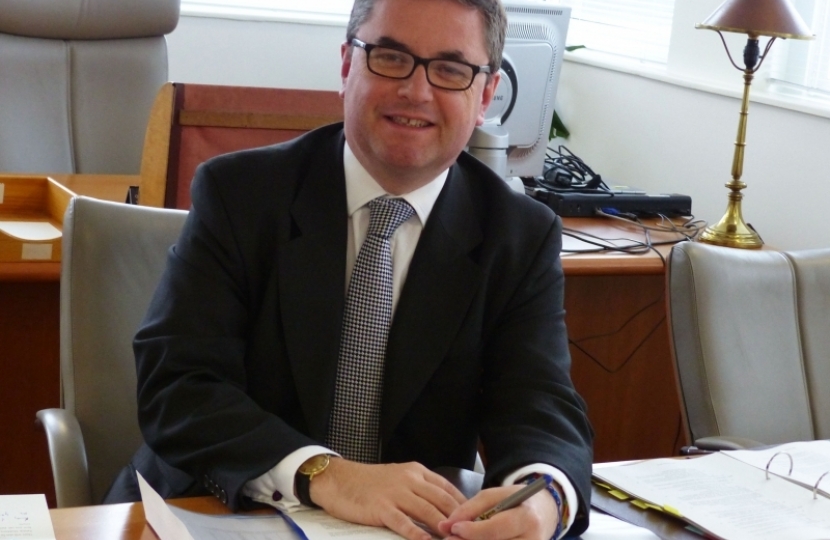 Swindon has always had a proud tradition of hard work, enterprise and innovation and the recent news from the job centre, confirming that the town is performing well when it comes to jobs, is further proof that Swindon continues to thrive.

It was good to read in the Adver last week that more jobs are being created in our town. The Job Centre is being notified of a wide range of jobs and apprenticeships in sectors such as retail and the food sectors and a range of employers have visited the centre as part of the recruiting efforts during the month, including firms looking for merchandisers, drivers, security staff, customer assistants and production workers.

This encouraging news follows the announcement that unemployment has also fallen again in the town. According to the most recent Office of National Statistics figures for South Swindon, in March 2016, 1,033 people claimed Jobseekers Allowance or Universal Credit, down from 1,080 12 months earlier. In the South West, the employment rate was at a record 74.2 per cent, the highest since records began in 1971. Nationally, unemployment dipped by 2,000 in the first quarter to 1.69 million, a fall of 139,000 over the past year. A 182,000 increase was recorded in the number of self-employed to just under 4.7 million, another new record.

Since 2010, I have fought hard to maintain and grow a strong local economy that is supportive of businesses and creates jobs. I continue working to help secure new investment for our town by connecting potential new employers with Forward Swindon and UKTI – two organisations tasked with bringing new jobs to Swindon and the UK respectively.

Many international businesses and foreign companies are investing here, bringing higher productivity levels.  We think immediately of the Honda car plant, but Swindon is home to many other skilled productive jobs, both in British and overseas companies.

The Government’s long-term economic plan has helped many new businesses launch in Swindon. The start-up business rate is twice the national rate and the weekly wage is also above the national average.

More people in work means that more families in South Swindon are benefitting from the security of a regular wage and the fulfilment that employment brings.

As part of World Mental Health Awareness Week, I attended an event here in Swindon hosted by TWIGS (Therapeutic Work in Gardening in Swindon). The event was held in the grounds of the charity’s lovely gardens where members of the public were invited to visit to find out how the charity promotes good mental health using the “five ways of wellbeing. The event also included gardening activities to try your hand at and a fantastic performance from the Crowdy’s Hill Choir.

Mental health is an issue close to my heart and I’ve done a great deal of work on this in South Swindon and in Parliament and I am pleased that the Government has recently agreed to a complete overhaul of the system.

TWIGS (Therapeutic Work in Gardening in Swindon) are a fantastic local charity who support those experiencing mental health problems. The charity was set up in 1997 by a local lady who realised the therapeutic benefits that working with nature could bring.

TWIGS now provides places for up to 100 people, allowing them the opportunity to work on projects across Swindon and link with the wider community. The community gardens are managed by TWIGS as a resource to give people experiencing mental health problems the chance to regain confidence, self-esteem and to learn new skills. The gardens operate alongside a thriving craft studio and an enterprising woodcraft department. Many wonderful pieces are produced, often from recycled materials. These are displayed throughout the Gardens and items are also available to purchase. TWIGS hold several open days throughout the year and I can highly recommend a visit. Further details about events and the charity can be found by visiting http://twigscommunitygardens.org.uk/

On Sunday evening, I attended Threshold Housing Link’s “Come Dine With Us” event at St Mark’s Church Hall. Alongside the Mayor and other guests, I shared a meal with thirty of the charity’s users, most of them rough sleepers, and a small number further along the rehabilitation process. The food was great and so was the company. Homelessness is an issue which concerns me greatly, which is why I became a Patron of Threshold Housing Link.  I welcomed the Government’s announcement of a new package of measures to help tackle homelessness at the end of last year. The Budget committed £100 million to further tackle homelessness, including more support for "second stage" accommodation both for rough sleepers leaving hostel accommodation and for domestic abuse victims and their families moving on from refuges to more independent living. This will help to free up space in hostels and refuges for those in most acute need.