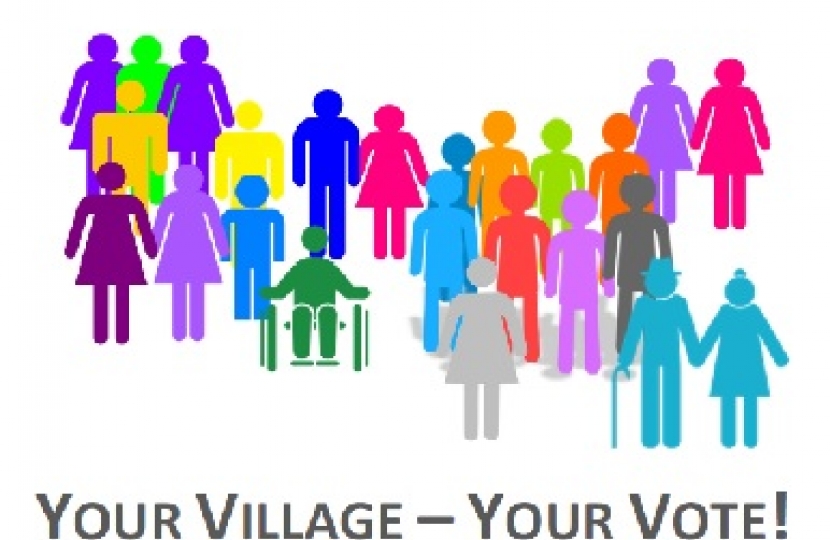 As we draw ever closer to the EU referendum, this week I would like to talk about another important referendum taking place on Thursday 9th June 2016, where local residents have a chance to vote on the Wroughton Neighbourhood Plan.

Although this plan will affect only that Parish, I hope that this will be the first of many referendums relating to Neighbourhood Plans for other parts of Swindon.

The plan has been produced as a result of a lengthy process involving Wroughton residents, and sets out in detail the way in which the Parish should develop over the next ten years. At a time when we have been facing development applications not in accordance with the Swindon Local Plan, it is vital that Wroughton residents turn out in force to express their view about the Neighbourhood Plan.

If you are a Wroughton resident, you can vote in person on the 9th June between 7am until 10pm at Ellendune Community Centre.  You do not need your poll card to vote on the day.

If you would like to discuss this further, then please contact myself, your ward Councillors or the Parish Council. All information can be found on the Wroughton Parish Council website: http://www.wroughton.gov.uk/

June is Motor Neurone Disease Awareness Month, an important time to raise awareness of a rapidly progressive fatal disease with no known cure.

This year, the theme is Silence Speaks to highlight how difficult life can become when speech is affected, as is often the case with the disease.

Motor Neurone Disease affects around 5,000 people in the country at one time. At any one time there are between 40 – 50 people living with Motor Neurone Disease in the North Wiltshire Area and currently there are 16 families in Swindon who are affected by this disease; the rapid progression of which requires timely intervention of coordination of all the services involved.

The North Wiltshire Group of the Motor Neurone Disease Association is a fantastic charity who I have worked closely with over the years.  This local charity, made up entirely of volunteers, provides emotional and financial support to all those affected by MND as well as increasing awareness of this incurable disease to the general public.

Further information on the work of the North Wiltshire Group and Motor Neurone Disease can be found by visiting the charity’s website www.mndnorthwiltshire.org.uk

It was good to read in the Adver last week that Swindon has been named as the greenest town in South England due to the amount of power generated through renewable energy sources. The Green Alliance has developed a map showing all of the projects across the country and Swindon has fared extremely well.

I backed plans to build the Solar Farm at Wroughton Airfield. When I first looked at the proposal, one of the first things that struck me was the amount of power it would supply each year. Swindon Borough Council has set itself a target of having every household supplied using renewable energy by 2020, so the latest figures are very welcome indeed.

When it comes to green initiatives, I am delighted that Swindon continues to lead the way. The council launched the first ever Council Solar Bond back in February, allowing people to invest in the new solar farm at Wroughton. The Bonds, issued jointly by Swindon Council and investment company Abundance, have sold out a month early and have set a benchmark in innovation for other local authorities across the country to fund renewable energy and other infrastructure projects to boost the green economy.