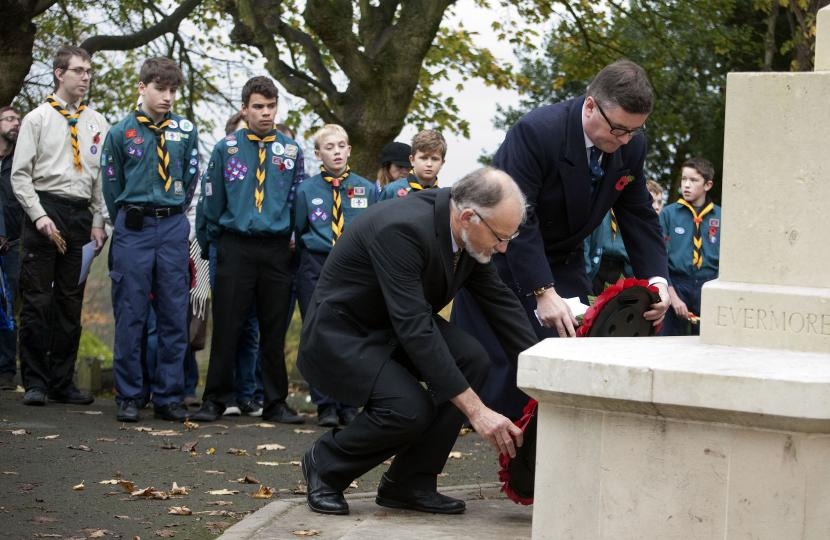 As your local MP, I have worked hard to make transport in and around Swindon safe, efficient and fast so I was pleased to hear Transport Secretary Chris Grayling’s announcement that the town has been awarded £5 million for improvements to the intersection of the M4 Junction 15 and the A419 near Swindon as part of a multi-million pound motorway improvement scheme. This welcome news is in addition to the £11.5 million improvements to junction 16 and a programme to improve major routes in the town, which is well underway.

The Conservative Government is undertaking the biggest modernisation programme for a generation to bring our roads into the 21st century and give people the safe and reliable journeys they expect. The Highways England road improvement schemes will create more than 3,000 homes for people in the South West and around 6,000 jobs, giving a huge boost to the local economy.

Highways England is investing more than £11 million in the most recently announced four schemes from its Growth and Housing Fund, with private sector developer contributions making up the rest.

The £100 million fund is in addition to the government’s £15 billion investment in roads between 2015 and 2020 and provides financial contributions towards the cost of road improvements that are needed for new developments which promise swift delivery of homes and jobs.

I will continue to work hard to secure investment for improvements to local roads and infrastructure and campaign for future improvements such as the Thamesdown Drive extension.

In a further major boost for the UK economy, I am pleased that the government has announced its support for a new runway at Heathrow. The government’s decision on its preferred location, which will be consulted on in the new year, underlines its commitment to keeping the UK open for business now and in the future and as a hub for tourism and trade. The decision to build the first full-length runway in the south-east since the second world war is a central part of the government’s plan to build a global Britain and an economy that works for everyone. This is just one of a series of major infrastructure investments that will create jobs and opportunities for every part of the UK.

A new runway at Heathrow will bring economic benefits to passengers and the wider economy worth up to £61 billion and I am pleased that after years of discussion and delay this government is taking decisive action to secure the UK’s place in the global aviation market.

Speaking of matters closer to home, I enjoyed visiting Big Breakfast+ earlier this week.  Previously known as the Broadgreen Breakfast Club, this charitable organisation has been providing a cooked breakfast in central Swindon to those in need across the borough and helping those who are without accommodation to engage with support services for over twenty years.

Homelessness is an issue which concerns me greatly and I am glad that the government is investing £500 million to prevent, relieve and reduce homelessness. This includes £315 million of homelessness prevention funding for councils and a £20 million fund to help local authorities develop new approaches to prevent homelessness.

Central government funding for homelessness programmes is also increasing to £139 million over the next four years. A £10 million Social Impact Bond will support the most entrenched rough sleepers and a further £10 million will help those new to the streets or at risk of sleeping rough

This Sunday, 13th November is Remembrance Sunday, which is an extremely important occasion in our nation’s calendar. It is a day for our nation to commemorate and honour those who have sacrificed themselves to secure and protect our freedom, in conflicts past and present.  Each year, I play my part in the wreath laying ceremony at the Swindon Cenotaph in Regents Circus.  Each year, the number of people who come to pay their respects grows and grows.  I am sure that our community will come together in reflection once again this year, not only in the town centre but also at Wroughton, Chiseldon and other nearby communities.

Like many other Swindon residents, members of my family have served in our armed forces, and I am so proud to attend events like this as South Swindon’s representative and in a personal capacity. As a community, we are rightly proud of Swindon’s long-standing links with the armed services. I know that the Poppy Appeal will enjoy a lot of support from us as we remember the debt of gratitude we owe to all those brave men and women in the Armed Forces community who help to keep our country safe.