Improving and Protecting our NHS 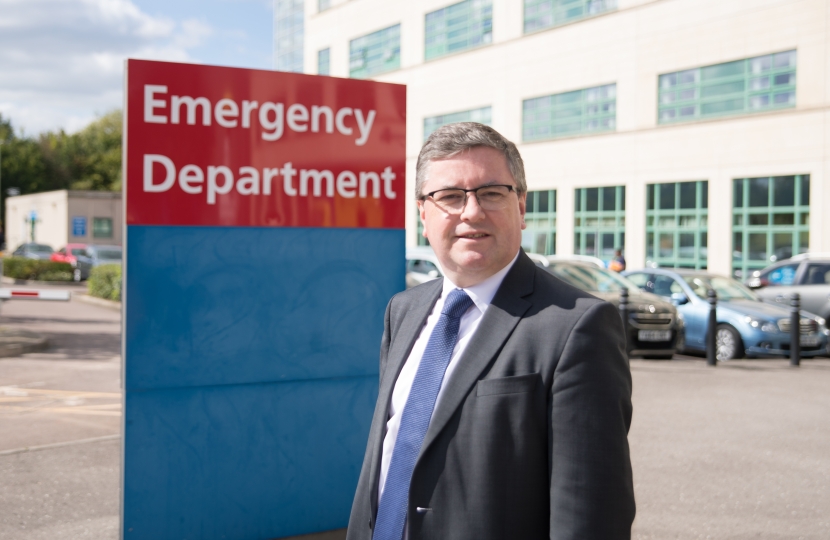 Health Secretary Matt Hancock came to South Swindon recently to campaign with me on the doorstep. Matt said no other MP had lobbied him more than me on local NHS services.

My hard work paid off, and I was delighted this resulted in a £30m commitment for a new expanded A&E here in Swindon, as well as support for the new Radiotherapy Centre.

Alongside this, the Conservatives are increasing the annual budget of the NHS by £33.9 billion by 2023/24, which is the largest, longest funding settlement in the history of the NHS.  This will be a 3.4% increase year on year and will mean more doctors and nurses right across the UK, as well as here in South Swindon.

We’re also going to make it easier for you to visit your GP, with 50 million more appointments in GP surgeries and easier ways to book appointments.

And we're introducing a new visa to attract the best doctors and nurses to work in our NHS.

Both as an MP and as a local resident here in Swindon South, no-one will work harder than me to continue championing our fantastic local health professionals, and securing our share of the additional funding for the NHS.

The NHS in Swindon:

I worked with the late Dr Peter Crouch, Clinical Chair of Swindon’s Clinical Commissioning Group and my colleague, Justin Tomlinson, for a change to the funding formula and for a dedicated Radiotherapy Unit here in Swindon.

Following this work, NHS England announced that it would amend the funding formula.

Under the old system, Swindon CCG would have received an annual increase of £5-6 million a year. However, under the new allocation formula, annual growth for Swindon instead ranges between £7million and £12million per annum. When the cumulative impact of the introduction of the new allocation formula is taken into consideration, instead of receiving an increase of £30 million between 2016 and 2021, the CCG will now receive an increase of around £44 million.

Overall, the change driven by the new formula represents an increase in cumulative investment in the Swindon CCG healthcare economy of £45 million over five years, with investment up from £82 million to £127 million.

At the same time as the changes to the funding formula were announced, the proposed Radiotherapy Unit at the Great Western Hospital was finally given the green light.

For too long, cancer patients from Swindon have suffered the pain & discomfort of having to travel hundreds of miles every year in round-trips to Bristol & Oxford for treatment. Securing this new facility, right at the heart of the GWH, and delivering a five-year cumulative investment of £127 million means that patients in Swindon will benefit from both of these significant improvements.