Robert's Speech To The Worshipful Company Of Fruiterers 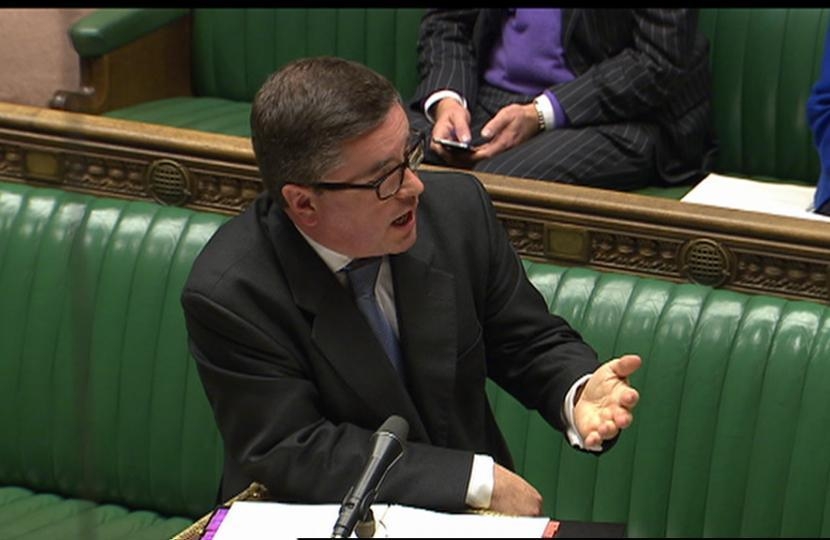 This speech was delivered at Mansion House on Thursday 16th February 2017.

Thank you very much for inviting me to speak to you today. It is a great honour to be back here at Mansion House, and to respond on behalf of the guests.  After reference by our previous speaker to the latest Wales v England Six Nations encounter, to paraphrase Governor Schwarzenegger, “We’ll be back!”.  For those of you who follow Twitter, you may know that I do like to occasionally bake fruit cakes for my staff, so it is a particular pleasure for me to be addressing the Worshipful Company this evening.  In fact, I feel that I am the holder of a rather recent office, bearing in mind the origins of this Company go as far back as the thirteenth century.

May I pay tribute to the Fruiterers Company for the work you do to support your charitable objectives and to promote informed debate about food issues and healthy eating.  If you believe, as I do, that we are what we eat, which is why the work you do has never been more important.

To most people, even those with an intimate knowledge of the government and justice system, the role of a Law Officer is something of a mystery. Indeed most parliamentarians, and even some ministers, remain unclear on the exact role played by the Law Officers, so I am delighted to have an opportunity to offer an insight to the offices we hold and the work we do.  I also noted that you were granted a Royal Charter as recently as 1605, a fact of particular interest to me in my role as a Law Officer.  One my roles is to approve the creation or amendment of Royal Charters for final decision by the Privy Council, so I am sure that you will be on your best behaviour this evening.

I promised to try to keep this speech as pithy as possible.  Normally, I don’t do pith.  Now that former president Fidel Castro is dead, I have no rival.

Many of you will remember my predecessor Sir Richard Rich from the Robert Bolt play about the life of Sir Thomas More, “A Man For All Seasons”.  Rich gave evidence against More that resulted in his condemnation.  There is no ultimate moral lesson from his life, for despite selling his own soul for gain, he became Lord Chancellor and died in his bed, a very rich man.

Some Law Officers have had more reason than others to complain. Of course: the most extreme example perhaps was John Cooke, the first Solicitor General of Oliver Cromwell’s English Commonwealth, who in 1649 led for the prosecution in the trial of King Charles I, only to be rewarded with execution for high treason after the Restoration – the only Law Officer to be hanged, drawn, and quartered. So far, at least.

Bringing things more up to date, the great F. E. Smith, later Lord Birkenhead and Lord Chancellor, served as a Law Officer.  Smith was a brilliant lawyer but was inclined to be rather brusque with opponents and judges in court.  There is one famous story about a Judge who told Smith off for being offensive.  Smith retorted: “No My Lord, we both are.  The only difference is that I am trying to be and you can’t help it.”  Not the sort of approach that the Attorney and I take today when we conduct litigation on behalf of the Government in our Courts, you may be relieved to hear.

The role of the Law Officers

-       Turning to the role of the Law Officers today, what history has bequeathed us is an Attorney General who is a Minister of the Crown and Chief Legal Adviser to the Government. The Attorney General is not a member of Cabinet, although he has a standing invitation to attend Cabinet meetings.

-       We exercise a number of functions in the public interest. We superintend the Directors of Public Prosecutions and the Serious Fraud Office, as well as overseeing the Government Legal Service.

-       While the roles of Attorney and Solicitor continue to evolve, they maintain some consistencies. The Law Officers are members of the Government. They are politicians, but they are not just party political ministers: they are also senior lawyers.

-       Indeed, the core function of the Law Officers was and is to make sure that government and its ministers, act lawfully, in accordance with the rule of law. In other words we help the Government to avoid potential legal banana skins.  The Rule of law remains one of the core principles of good government.

2.     Governments should respect the rights of individuals under the Rule of Law and provide effective means for their enforcement.

3.     Judges should be guided by the Rule of Law, protect and enforce it without fear or favour, and resist any encroachment by governments or political parties in their independence as judges.

4.     Lawyers should preserve the independence of their profession, assert the rights of an individual under the Rule of Law, and insist that every accused is accorded a fair trial.

-       This is not to elevate the Rule of Law to the status of a sacred plane, remote and inaccessible in the Holy of Holies, maintained by a cadre of High Priests.  Rule of Law does not mean Rule of Lawyers.  The law must be for everyone.  But in a lively, disputatious and irreverent democracy, the Rule of Law is a hallmark of what it is to live in a civilised society.   And those, like our judiciary, who uphold it can never, ever be enemies of the People.

-        And so the work of the Law Officers goes on, through Brexit and beyond. On behalf of the guests,  my thanks and our good will.