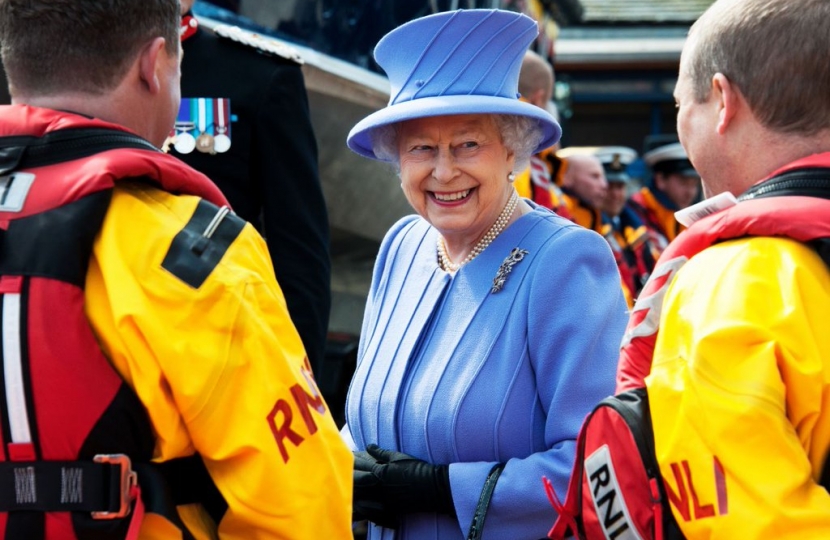 As the Queen celebrates her 90th birthday on 21 April, this is an appropriate time for me to pay tribute to her Majesty’s commitment to the nation.

Queen Elizabeth II became queen on February 6, 1952, and was crowned on June 2, 1953. Her reign of 63 years has included twelve British Prime Ministers and seven Roman Catholic Popes. She is also now the longest reigning female monarch in world history.

To mark the occasion of her ninetieth birthday, the Queen and Prince Philip will visit a Royal Mail delivery office to celebrate the 500th anniversary of the postal service on April 20. Since Tudor times, our postal network has been connecting families and friends, enabling business and driving innovation across the country. In 1516, Henry VIII knighted Brian Tuke, the first Master of the Posts. This act was the catalyst for the creation of the Royal Mail we know today. Tuke had the influence and authority to establish key post towns across the country and build out a formal postal network.

Swindon will pay its very own tribute on Thursday evening as the skies are lit up across the town with a powerful beam of light to mark Her Majesty the Queen’s 90th Birthday. The beam, which is strong enough to light up the base of clouds, will be shone from the roof of the Civic Offices between 8.30pm and 9.30pm. The central section of the front of the building will also be lit in red, white and blue.

On Saturday, celebrations will continue in the town as we mark St George’s Day. A free family fun day, organised by InSwindonBID will take place in Wharf Green. There will be Morris dancers, arts, crafts, face painting and a chance to meet both St George and the court jester from 11.45am.

On Sunday, I am looking forward to attending a St George's Day Celebration for Swindon Ridgeway Scouts at the Nationwide Pavilion here in Swindon. Events like these allow the people of Swindon to come together to celebrate our great nation and English heritage and I am pleased to see that we continue to mark our patron saint’s day here in Swindon.

Speaking of events closer to home, it was good to meet with local residents in the Old Town ward last weekend and discuss a number of issues affecting them.  I also enjoyed taking part in a Question Time debate on local community radio station, Flame FM. The radio station is run by Swindon Churches Together and aims to reach out to the community in their own homes and provide an opportunity to showcase local groups, schools and talents. In addition to the debate I took part in on Friday evening, there was also time for reflective discussion too.

This coming Friday, I am looking forward to meeting with residents in Old Walcot to discuss issues affecting them.

I am encouraged to see that more British people than ever are taking an interest in politics. According to the Hansard Society’s Audit of Political Engagement, the number of people who say that they feel knowledgeable about politics has also risen. More people than ever have said that they are certain to vote and I was encouraged to read that this is especially true amongst the youngest 18-24 age group where 38% now say they are a strong supporter of a political party compared to 13% last year, and 39% say they would be certain to vote whereas just 16% said the same 12 months ago.

According to the survey, contacting an MP is one of the most popular ways the public would engage with Parliament in the future if they felt strongly about an issue. I hold regular surgeries at my constituency office on Wood Street. If you would like to make an appointment to raise a local or national issue with me, please do not hesitate to contact my office on 01793 533393 or send an email to Robert.buckland.mp@parliament.uk