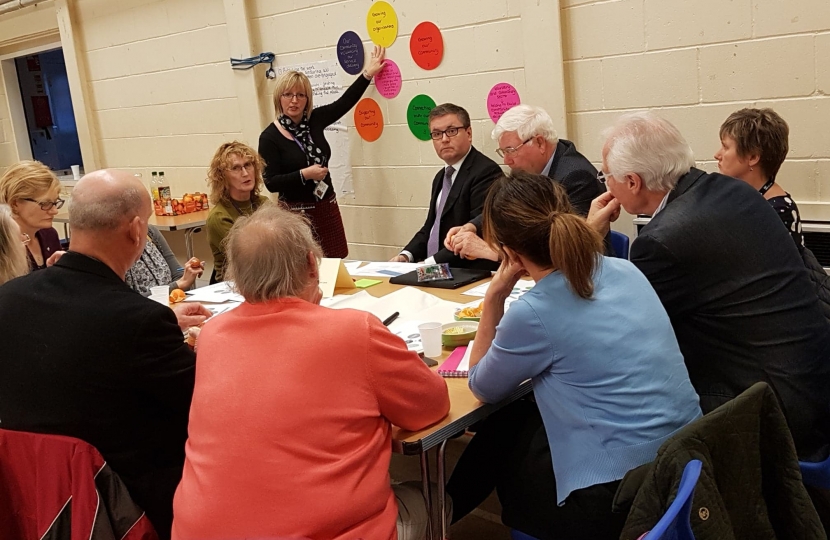 Tackling loneliness has always been a priority for me. Over the past two years, I have been working closely with Swindon Senior Forum on a Local Campaign to Tackle Loneliness in Swindon, bringing together all key local organisations from different sectors to share information about some of the excellent work that is already taking place and to discuss what we all can do to deal further with this problem in Swindon.

I was very pleased that the Government also announced the launch of a campaign to tackle the stigma of feeling alone last week. The initiative is led by Minister for Loneliness Mims Davies and is called Let’s Talk Loneliness. It hopes to create a culture in which people feel comfortable to talk about feeling alone, and in which recognising feelings of loneliness in ourselves and others becomes second nature.

The campaign coincides with the start of Loneliness Awareness Week. This year the focus will be on the positive power of social media to drive change and combat loneliness. The Government will be investing £1m in a “Tech to Connect Challenge Prize”. The Government hopes this will allow for tech solutions to combat the problem of social isolation.

The government has also announced it will invest £800,000 in a new initiative that supports activity in community spaces to promote social connections.

On Saturday, I had the pleasure of attending Armed Forces Day here in Swindon. This fantastic event takes place every year to celebrate the work of our Armed Forces and the dedication of our local military community. As usual it was packed full of events for all the family to enjoy. I am a patron of the event and was delighted to open it this year alongside the Mayor of Swindon, Cllr Kevin Parry. There were some fantastic displays by the military bands along with marching displays and static displays from the Army reserve. We were very lucky to also have Ferndale Primary School pupils singing a medley of World War Two songs.

I have been supporting residents in their attempts to persuade the borough council to buy back Cavendish Square. A lack of drainage, fencing and lighting around the square has led to flooding and safety fears and all attempts to contact the private developer that currently owns the land, Lytton Road Ltd, have failed. I will continue to work to help  bring this square back under council ownership, which I believe will make it easier to get the improvements that are needed there.

I also joined forces with Cllr Cathy Martyn,  Cllr Brian Ford and Parish Councillor Dave Martyn on Saturday lunchtime to clear up accumulated rubbish and debris  in a number of spots in Wroughton including some lay-bys on the A4361 near to the Science Museum. We cleared 7 bags of soil, rotted leaves & weeds from about 6m of pavement and we will be talking to the Parish Council to see what more collaborative work can be done in the village on future occasions.