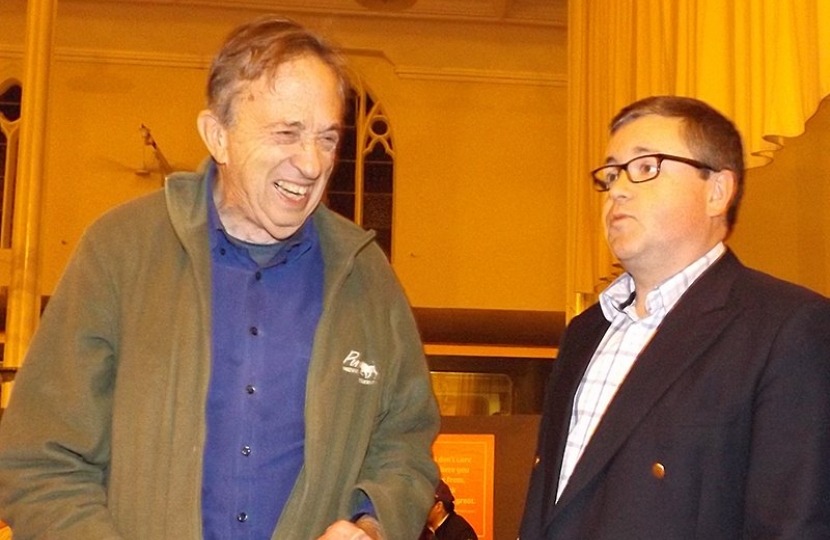 I was very sad to hear the news about the death of Lord Joffe. He was an international figure who without fear or favour represented Nelson Mandela and other leading political figures in apartheid South Africa. His work for charities such as Oxfam is well known but it is his enthusiasm for Swindon that shone through in his later years, after a long association with our insurance industry in a place which he made his home. Joel was someone who I looked up to and who was an invaluable source of advice. We will all miss him very greatly. My condolences go to Vanetta and their family.

The full enormity of the disastrous fire at Grenfell Tower in London is still sinking in.  The emergency services responded with great levels of dedication and professionalism.  We are fortunate for their service and we owe them gratitude.  The local community showed great compassion and resolve, acting quickly to give much needed help in an inspiring way.  The Prime Minister met victims and ordered immediate action to help victims’ relatives and the survivors, which includes a £5million emergency fund to meet immediate needs such as clothing and food, with more funds available if required.  The priority has to be that those affected are found a home nearby and a three week deadline has been issued for this.  All Councils have also been ordered to complete urgent safety checks on all high rise blocks, I have been in contact with Mike Ash who is the Head of Housing at Swindon Borough Council, to ensure that residents of Swindon who live in similar accommodation are safe in their homes and with the involvement of the Fire Authority, these checks are happening.   It is important to ensure that the reasons for this tragedy are examined quickly which is why a Public Inquiry has been ordered.  The Inquiry's findings will be carried out.  This process does not affect any potential criminal proceedings or coroner's inquests from taking place as well.

I was pleased to see this week that £357,000 in transitional funding has been made available by the Borough Council to provide for the development of 11 community-led library services. These funds are in addition to the five core libraries in West Swindon, Central, North Swindon, Highworth and Parks and will allow for the continuation of our local library network.

Last week the Prime Minister asked me to carry on in the role of Solicitor General, working with the Attorney General as chief legal advisers to the Government.  I am honoured to be continuing in this role, where I hope to make further reforms to the sentencing process so that a wider range of very lenient sentences can be challenged, for example.  In today's Queen's Speech, our programme for the next two years will be set out.  It will include necessary legislation to deal with the Brexit process but there will also be important reforms to our justice system and more work on dealing with domestic abuse too.  It will be a very busy session ahead!