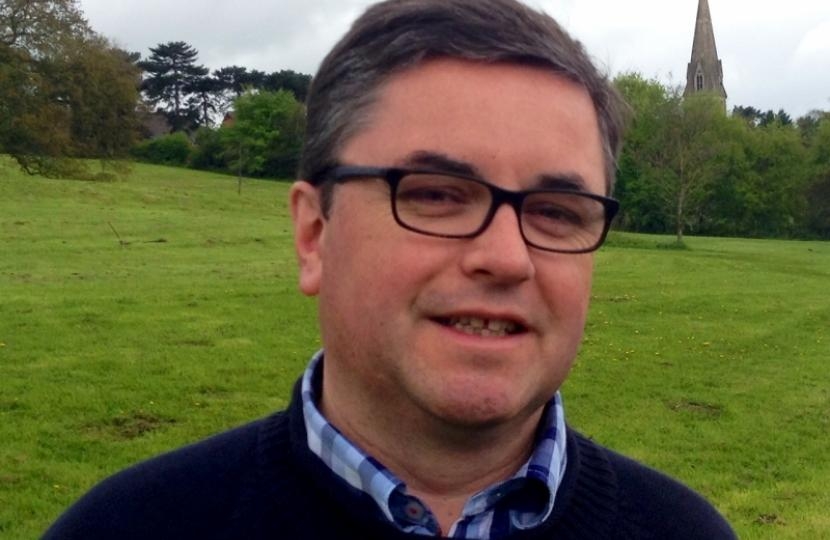 As Parliament breaks up for Easter, I always look forward to recess because it provides me with an opportunity to get out and about in Swindon even more than usual.

On Sunday, the sun shone brightly on Wroughton and I was pleased to be among the hundreds of people honouring a First World War hero from the village. One hundred years ago, William Gosling, a battery sergeant with 3rd Wessex Brigade, Royal Field Artillery, unscrewed the nose of a faulty mortar bomb and hurled the fuse away from his comrades to explode harmlessly. William was awarded the Victoria Cross following the incident on April 5, 1917, when he saved the lives of a whole detachment.

A special church service was held in honour of William and all the other men from the village who had fought and died in two World Wars and those who returned injured or with memories that were difficult to cope with. The church service was followed by a parade through the town to the war memorial site, where a short dedication ceremony was held before the Lord Lieutenant of Wiltshire unveiled a commemorative Victoria Cross stone. The stone is one of many that the Government has commissioned to help commemorate the events of the Great War. I would like to thank Wroughton Parish Council as well as the many volunteers who have worked extremely hard to make this possible.

I was extremely pleased that Minister for Tourism and Heritage, Tracey Crouch MP, chose to visit Swindon last Thursday as part of English Tourism Week. I was delighted to accompany her on a tour of the National Trust and English Heritage headquarters and then on to a visit to the STEAM Museum along with North Swindon MP Justin Tomlinson.

The Minister for Tourism and Heritage praised Swindon for the transformation of the former GWR works and the visit gave us the opportunity to discuss the changing nature of the way we are approaching both heritage and leisure in Swindon.

Earlier this year, I chaired a meeting with local heritage groups, swimming groups and GLL, who run the Health Hydro, to discuss the future of the Milton Road Baths, one of the few remaining working Victorian Baths left in the UK. At the meeting, I emphasised the need to respect the views of the local community when it comes to considering the future of this important building.  I was encouraged that during her visit, our Minister for Tourism and Heritage was also keen to stress that restoring other important Heritage buildings in the town was a task that developers, or indeed local authorities should not tackle alone. Getting the community involved at the very start is key to the success of a project.

Yesterday, I attended a public meeting about the proposed changes affecting Places of Safety in Wiltshire and Swindon.  As mentioned in my column last week, I am extremely concerned about the effect this could have on patients here in Swindon who are experiencing mental health problems and I have written to the Trust to make my concerns fully know and argue against this move.  This consultation is due to end on 30th April 2017 and I would encourage everyone to have their say by emailing the AWP or taking part in the online survey. Full details can be found on the Avon & Wiltshire Mental Partnership NHS Foundation Trust website http://www.awp.nhs.uk/news-publications/trust-news/2017/march/consultation-on-changes-to-places-of-safety/