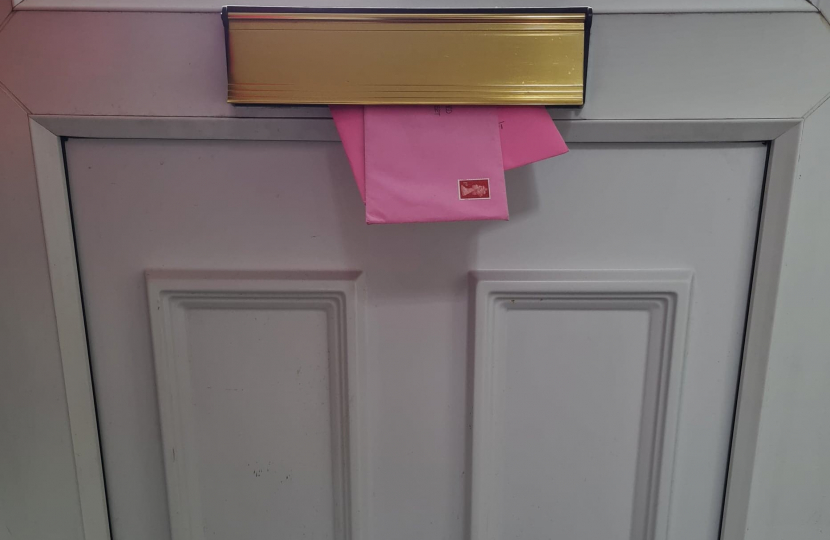 The Swindon Smile group regularly sends out cards to people in the local community who may be suffering from loneliness and isolation.

Recently, the group sent out a 70th birthday card to a victim of modern slavery here in the town through the Medaille Trust charity.

Originally from Mauritius, she was lured over to the UK on the promise of a nannying role many years ago but ended up in an abusive domestic servitude situation until she was rescued by police and referred to the safe house.

Not wanting her to have a lonely birthday, Medaille Trust service manager Katie Zaccaro put out an appeal for help and members of the Smile group were happy to help.

The group regularly sends out Get Well cards to those who are suffering from ill-health and live alone, as well as Birthday cards.

“During Covid, I thought a lot about people who were alone and without anyone to talk to, and also those who are in this situation all of the time.

“I decided to form the Smile group to let people know that they don’t have to be alone, people do care, and that people will reach out to them. I then decided to extend the group to help people with other issues such as illness, grief, and depression.

“So many people have joined the group to help me do this, and I am so grateful to them. I could not do this alone.

“Sending a card is such a small gesture, yet it means such a lot to the people we have reached out to.”

“I have been working with Swindon Seniors Forum for over four years now on a local Campaign to Tackle Loneliness, with the aim of bringing together key organisations in and around Swindon to discuss the excellent work that is already taking place locally, as well as discussing what further can be done to tackle loneliness.

“I am delighted to be joining forces with the Swindon Smile Group and would like to encourage others to become involved in this excellent local initiative.”