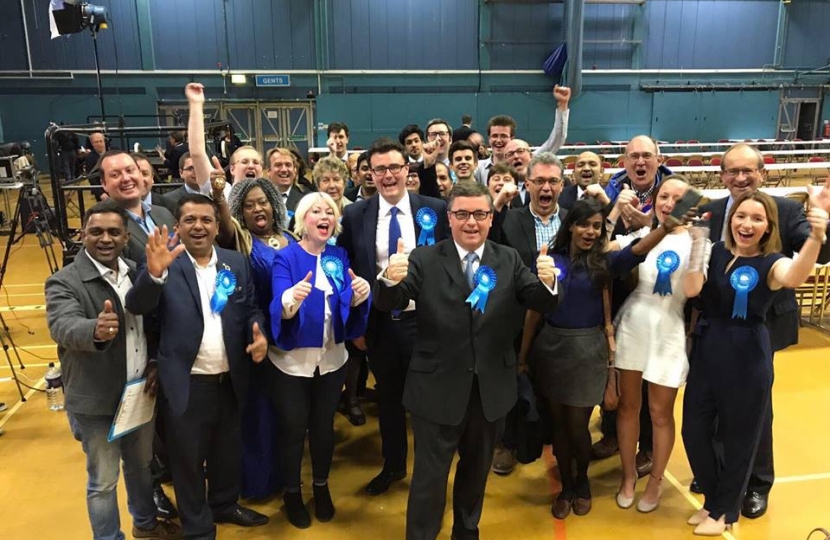 Now that the General Election is over, I want to use this opportunity to thank the people of South Swindon for putting their trust in me and re-electing me as your MP for a third term. I have spent the past eight weeks visiting thousands of fellow residents, responding to hundreds of emails and having very many direct discussions. This is not really different from the work I have been doing each week over the past seven years, but it was a hard-fought and a hard-won election, where a record number of people in South Swindon voted Conservative and our share of the vote rose again. I would like to pay tribute to all my opponents for upholding the best traditions of our great British democracy in a civilised and courteous local campaign.

This election came a time when we have seen some of the most turbulent, extraordinary and frankly most frightening events in our living memory, not just here but in the rest of the world. The threat of terrorism at home and abroad, the constant pressure placed upon Government by the need to balance the importance of public spending on our public services and our outstanding debts and all the other day to day challenges, I see first-hand as Solicitor General.

For everyone who voted Remain like me and indeed, all who voted Leave in last year’s EU Referendum, now is the time to come together and give Britain the Brexit that we deserve. We need a sensible outcome that supports our industries both here in Swindon and more widely and also protects the rights and obligations that have been so dearly won, whether it relates to workers, the environment and a range of other benefits that co-operation has brought us.

This will allow us to come together as a country. We need to channel our energies towards a successful Brexit deal that works for everyone, securing a new partnership with the EU, which guarantees our long-term prosperity.

What I can say with absolute certainty is that my work in representing my fellow residents here in South Swindon will go on and I will continue to stand up for our town every step of the way. I am extremely proud of my outstanding and dedicated local team of volunteers who helped secure this victory. I would like to thank every fellow resident who gave me their vote. In fact, whatever way you voted, I will continue to serve you as your MP. It is an honour and a privilege to represent such a wonderful constituency and I look forward to serving all of my constituents and my country in the months and years ahead.

I shall shortly be re-starting my regular local Advice Surgeries and I am already carrying on my work in supporting organisations and events. Last weekend, I had the honour of opening Chiseldon Fete before going to Bishopstone Summer Fete and then Liddington’s Annual Fete as well. I also attended the annual “Walk a Mile in a Carer’s Shoes” event organised by Swindon Carers Centre, an organisation that I have worked with over the years. This event launched Carers Week 2017 which runs from 12th-18th June.

There are over 21,000 carers in Swindon and each year Carers' Week is an important time to raise awareness of caring. You can find out more about Swindon Carers Centre by visiting www.swindoncarers.org.uk