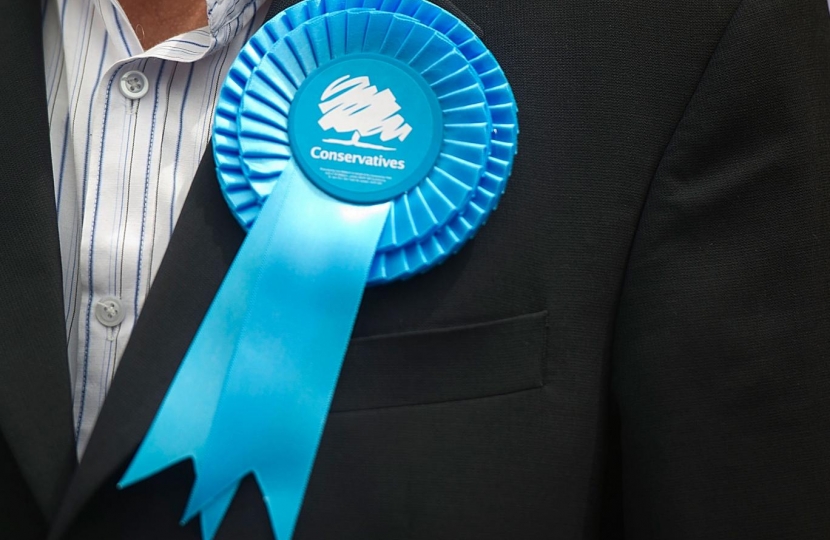 As we gather in Manchester for our Conservative Party Conference, a look back to the stirring speeches of yesteryear brings up some useful parallels. For example: “The socialists can scheme their schemes, and the liberals can dream their dreams, but we at least have work to do.”

These words, half-remembered by many, were used by Iain Macleod at the 1960 Conservative Conference in Scarborough when, as Colonial Secretary, he was managing the original Brexit: namely, that of Britain from its Empire in Africa.

There is a contemporary ring to Macleod’s words in this turbulent 2017, when the two so-called default positions of the Tory Party – namely complacency and panic – have manifested themselves.

Whatever the position may have been during the summer, I believe that we are now at a stage where, with calm determination, we can build on our achievements and develop new approaches to the challenges facing our country.

Where to begin? We would do very well by drawing inspiration from Macleod’s approach. Right up to his untimely death, just a month into his tenure as Chancellor in 1970, he never wavered from his aim of creating a Britain that was socially cohesive and compassionate, and where opportunity and wealth creation were genuinely available to people from all walks of life.

This objective was matched by a hard-headed, no-nonsense approach to the practicalities of how to make it happen. He was a fierce anti-socialist, but his belief in meritocracy extended to his famous rejection of the “magic circle” system of appointing a Tory leader, which led to its end only a few years later.

Macleod was a proud Scot who would have been encouraged to see the emerging Tory revival north of the border. For him, as for many of us today, the concept of our United Kingdom is more than the mere sum of its parts. Our shared belief in freedom under the rule of law means that we can welcome people of different ethnic and national backgrounds who share these values, and who make a positive contribution to our way of life.

When Macleod talked of “the brotherhood of man”, he demonstrated a far-sighted Tory approach that enables us to draw support from minority ethnic communities in our towns and cities. We are scoring successes here, but there is much more work to do in order to garner the levels of support from minority ethnic communities that I think are achievable.

Having a shared belief in the rule of law and its equal application means that, with confidence, we can identify and attack racist and sectarian values in all parts of our society – irrespective of ethnicity. This is vital when it comes to our approach to the appalling crime of child sexual exploitation by gangs, for example.

Upholding the rule of law is at the heart of my ministerial duties, and a vital part of this is our continuing commitment to improving the experience of the criminal justice system for victims of crime and those who witness it. An improved system of criminal justice will lead to greater confidence in, and respect for, the rule of law.

Last month, the Unduly Lenient Sentence scheme, which allows the Attorney General and me to refer criminal sentences to the Court of Appeal that we consider significantly too low, has been extended to cover more terrorism offences. This is part of our manifesto commitment to further extend the scheme to cover a wider and more consistent range of serious crimes.

Yes, I referred to the manifesto. The 2017 Conservative Manifesto was very far from the complete disaster that some think it was. There are many proposals within it that we should pursue. Our policy on housing, which would involve the building of new council houses by local authorities – to be subject to Right to Buy after ten or fifteen years, and with the proceeds to be ploughed back by councils into more social housing – are a welcome extension of the long Tory tradition of house building and home owning that has delivered prosperity to millions of people.

With regards to employment, as part of our drive to extend job opportunities ever further and build on the record number of people now in work, our proposals to support a million more people with disabilities into employment over the next ten years, via flexible working, digital working and support for employers, represent the sort of practical solutions to long-term proposals that Macleod would have approved of.

Now is the time for action, too. I continue to be deeply frustrated about the gap between the large number of planning consents for housing, and the actual building of new homes in my constituency. These delays are undermining our local plan, and making a mockery of the system in the eyes of residents, while the wait for new houses continues.

The Government has taken steps to help speed things up, but where there is brownfield land or where the principle of development has already been established, then the sort of interventionist approach that was taken by post-war Tory governments right up to the 1990s is the right one.

Shortly after I joined the Conservatives in South Wales in the mid-1980s, the Thatcher government set up the Cardiff Bay Development Corporation, which helped to create over 30,000 new jobs, built nearly 6000 new homes, generated £1.8bn of private investment, reclaimed 200 acres of derelict land and developed 14 million square feet of commercial property.

This is the kind of Tory intervention that we need now, if we are to deliver the housing and development that people and businesses deserve. We need to speed up the use of new and quicker construction technologies to deliver the homes we need in the right places, giving more opportunity to younger people to be part of the property-owning democracy that the Conservatives created.