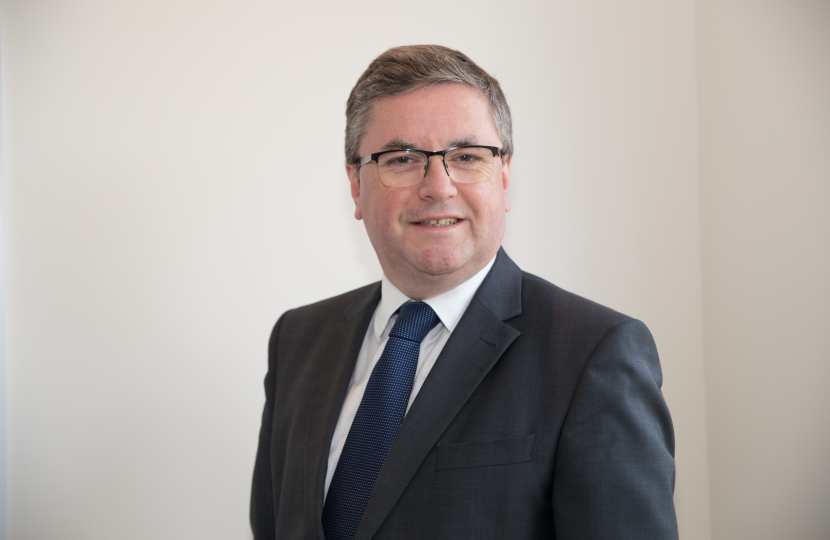 Mr Speaker, I beg to move that leave be given to bring in a Bill to make provision for Institutes of Technology to apply to receive a Royal Charter, and for connected purposes.

At first blush, Mr Speaker, this may sound like a somewhat arcane issue, involving an unlikely combination.  The world of Royal Charters and the Privy Council approvals process may feel a million miles from the new Institute of Technology agenda, but when I explain the reason for this proposal, then all should, will, become clear.

One of the greatest challenges facing our country is the so-called skills gap, namely the shortfall between the demands of modern industry and business for suitably qualified entrants and the supply of people with those very qualifications.  For too long, there was a dislocation between what our businesses actually needed and what was being provided educationally.  A range of studies have identified the lack of people in the UK with higher technical skills and the economy’s growing need for even more skilled technicians.  Without change, productivity rates will slow or even fall, which means lower wages and an economy no longer at the cutting edge of innovation.  The policy response was, rightly, the creation of Institutes of Technology (IOTs).

IoTs are a new type of provider, designed specifically to deliver the technical STEM skills mainly at Level 4/5 that employers and the economy need. Their main characteristic is a model of collaborative work, involving partnerships between further education (FE) providers and higher education (HE) providers with a proven track record and employers; this time with employers at the heart of decision-making and the development and delivery of the curriculum.

Further to a rigorous competition, 12 Wave 1 IoTs were established, a supported by £170 million of capital grant funding to invest in state-of-the-art equipment and facilities.  Together with MHF the member for North Swindon, we pushed the DFE hard for Swindon to be selected and we were delighted when Swindon and Wiltshire Institute of Technology was announced as part of the first wave,  receiving capital funding of over £17m and launching last year, with a range of new courses based in both campuses in Swindon.  MHF, with whom I have always worked with as part of a joint team for our town, strongly supports this Bill too,

As well as delivering against their own work programmes, I am glad to see that the IoTs are involved in the delivery of key initiatives in the 2021 Skills for Jobs White Paper, such as the Skills Accelerator, In-work Skills Pilot and Higher Technical Qualifications Growth Fund.

The Conservative Manifesto 2019 committed to introducing a further 8 IoTs.  DfE ran another competition and a further 9 Wave 2 proposals have been selected to become IoTs, exceeding the Manifesto commitment. These IoTs are backed by an additional £120m of capital grant funding, bringing the total to be invested in IoTs to £290m.

This will mean that there will be 21 IoTs across England, comprising over 75 Further Education providers and 34 universities, and over 100 employers, including Microsoft, Nissan, Bosch, Babcock, Fujitsu and many more.

They are delivering a wide range of technical courses in STEM sectors such as construction, advanced manufacturing, digital and cyber security, agri-tech, aerospace, automotive engineering, healthcare and laboratory science.

Being employer-led, IoTs can tailor their provision to react quickly to the current and evolving technical skills needs of employers in the areas they serve.  That might be skills shortage in areas such as transport or in supporting the Fourth Industrial Revolution requiring ‘new’ skills in artificial intelligence, data and innovative technologies.  IOTs can help plug the gap.

IoTs also play a vital part in levelling up skills across the country by:

o acting as catalysts of regional growth, helping halt the draining of talent out of overlooked and undervalued areas of the country by training local people for the jobs of the future, today.

o helping to create a workforce that is ready for future technological change and changing working practices.

The Government has always seen IoTs as “the pinnacle of technical training” and the next step is to cement that status.  Learners and employers alike need to see IoTs as the “go to” provider of Level 4/5 technical STEM provision, benefitting not just themselves  but the economy as a whole.  Choosing to study say engineering at an IoT must be seen as an equivalent alternative to studying at degree level at one of our best universities.

To firmly establish IoTs as the preeminent organisations for technical STEM education, I want to ensure that successful IoTs may apply to receive a Royal Charter, securing their long-term position as anchor institutions within their region and placing them on the same level as our world-leading historic universities.  I am confident that the DFE will support this initiative and that a new process for IOTs to apply will become reality.

This comes all within a wider context.  I am glad to see that skills reforms are already well under way, with Apprenticeships, T levels and Institutes of Technology all part of this and being all interlinked too.   I believe that at long last we are building a technical education system that is going to drive prosperity at a local level as well as a national one.

Skills are the great leveller, and that’s why I welcome the new Unit of Future Skills, which will act on data and evidence of where skills gaps exist and in what industries. Data will be our great ally.

On top of this, thousands more adults will be able to access free, flexible training and get the skills needed in sectors that are booming, like green technologies, digital and construction. This is part of an additional boost to expand Skills Bootcamps to support employers across the country, particularly SMEs, to get the skilled people they need to grow.

The Levelling Up White Paper has the right goal, namely to support a high-wage, high-skill economy by building skills and human capital, particularly in places where they are weakest. This includes supporting people to realise their career aspirations without having to leave their communities, and to ensure that local employers have access to the skills they need to grow and thrive. The mission for productivity, pay, jobs and living standards also supports the UK Government’s commitment to employment and ensures that people have the opportunity to access quality jobs and progress in work.

In Swindon,  I have seen for myself the excellent facilities being used to teach and train apprentices in the higher level healthcare and science pathway, with courses being delivered by dedicated NHS professionals with continuing front line experience.  The work of important local employees like Nationwide  has helped develop courses in Digital Skills and collaboration with local universities Oxford Brookes and the Univ of Gloucestershire is adding even more value to these courses, with full degree qualifications on offer.

In short, IOTs aren’t going to work if they act as remote islands.  They have to be part of a mosaic of local provision, giving people choices and clear routes to achieve the qualifications that will serve them well in their chosen careers.

When I was a Law Officer, in conjunction with the Privy Council Office, I used to check and approve draft Royal Charters for a range of public and private bodies,  I am therefore in a good position to assess their significance.  As I said at the beginning, what seems like dry procedure is in fact the opening of a door to new opportunities and an effective means of ensuring that skills qualifications, which are a vital way of increasing productivity,  will get the recognition they clearly deserve and that IOTs, offering life-changing opportunities to thousands of people, will be a permanent part of our educational landscape.

I beg to move.