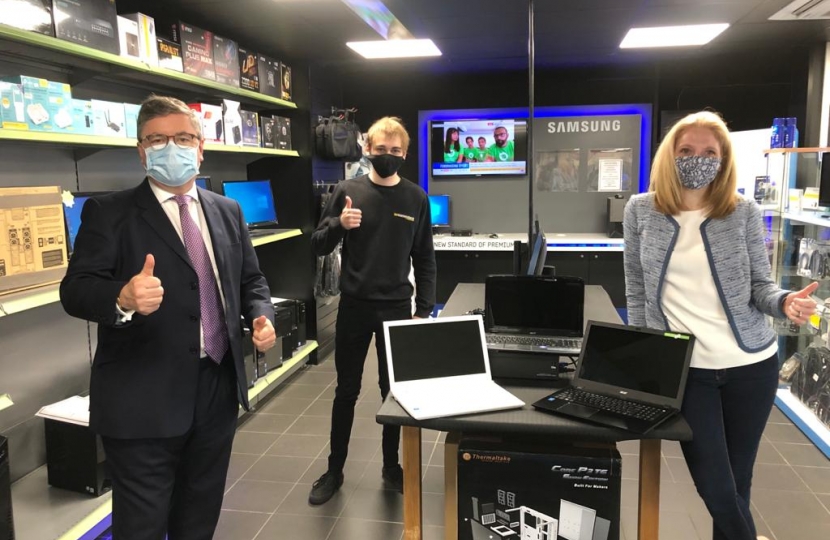 Robert originally began the scheme for school pupils back in January, in addition to supporting Swindon schools to ensure that they were able to take advantage of the Government’s “Get Help With Technology Scheme.”

Residents and local companies have been generously donating unused or unwanted devices to local businesses, SP Computers and Excalibur Communications. The hardworking teams at both firms have been busy refurbishing these devices and getting them ready for use.

The green scheme has seen school pupils from many schools across the town benefit from donated devices and helped to reduce landfill.

After being contacted by several local charities who were also in need of laptops and devices, Robert decided to extend the successful scheme.

“The laptops will replace old failing equipment and make such a difference to us. Thank you so much to everyone involved in making this happen.”

“We would like to say a big thank you for being part of this scheme.

“SP Computers has been in business for 20 years looking after local Businesses and Residential customers.

“This has been a nice way for us to meet new people and organisations and giving something back to the community.”

“I am extremely proud of this successful scheme, which has been extended to benefit local charities as well as school pupils here in the town.

“I am very grateful to all of those local residents and businesses who have donated devices; not to mention the brilliant teams at Exaclibur and SP Computers who have stepped up at such a difficult time, and repaired hundreds of devices.